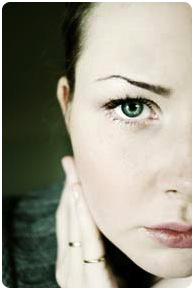 In any given 1-year period, 9.5 percent of the population, or about 18.8 million American adults, suffer from depression. Major depression is the leading cause of disability. The indirect and direct costs of mood disorder illnesses totals over 43 billion dollars a year. Depression and related mood disorders ranks behind high blood pressure as the most common reason people visit their doctors. Anyone who has suffered with a mood disorder knows first hand just how painful these illnesses can be. Anxiety and depression disorders affect every facet of a person’s life.. The pain, disappointment, fatigue, and hopelessness that these individuals experience slowly consumes every fiber of their being. They may lose their job, marriage, friends, and family as they spiral into an ever deeper abyss. At it’s worst the illness may cause some individuals to become so sick that death is a welcomed option. Over 30,000 Americans commit suicide each year.

Individuals who consult their family doctor for anxiety and or depression usually receive a prescription medication. The most often prescribed antidepressants are in the form of selective serotonin re-uptake inhibitors (SSRI) like Prozac, Effexor, Cymbalta, Paxil, Zoloft, Celex, or Lexapro. Prescription antidepressants can provide welcomed relief from the symptoms associated with anxiety and depression. Millions of Americans have benefited from taking these medications. And in fact as many as 10% of the U.S. population has taken one of these medications. Precription antidepressants sales reached a total of 37 billion in sales in 2003, which came out to $9 million more than was spent on treatments for the heart, arteries and blood pressure.

Prozac was cleared by the FDA in 1988. By 1994, it had become the fastest growing prescription drug in America with sales over $1.2 billion. In one year, 1993, prescription anti-depressant drug sales grew by almost 20%. Prescription drugs have helped millions of people overcome their depression. However, prescription medications are not effective for everyone. They have side effects that can be life- threatening. Prozac has been associated with over 1,734 suicide deaths and over 28,000 adverse reactions.

Prescription anti-depressants may cause depression, addiction, suicidal tendencies, tardive dyskinesia (involuntary muscle spasms), sexual dysfunction, and Tardive dementia (senility). These side effects are due to poor liver function and drug-induced nutritional deficiencies. Metabolizing these anti-depressants uses up essential vitamins, minerals, and amino acids and may create nutritional deficiencies. These deficiencies then lead to further symptoms including depression. The June 1990 Health Letter, published by the Public Citizen Health Research Group, estimates that muscle tremors, or akathisia, affect a whopping 15 to 25% of Prozac patients. Akathisia is a medical term for a condition characterized by inner tension or anxiety that drives or compels afflicted individuals to move their bodies.

Prescription anti-depressants attempt to increase the brains efficiency in using adequate amounts of neurotransmitters. Prozac is classified as a selective serotonin reuptake inhibitor (SSRI). Other SSRI’s include Zoloft, Paxil, and Lexapro. These medications inhibit the destruction of serotonin. This allows more time for more serotonin to circulate in the brain. But no one has a Prozac or SSRI deficiency. A serotonin deficiency, yes. But is prescription medication always necessary? Using SSRI’s is similar to using a gasoline additive in an empty gasoline tank. Most individuals with mood disorders have been running on fumes (low serotonin or other neurotransmitters) for years. A gasoline additive isn’t going to help. Some individuals do notice an improvement for a period of time but then their nutritional deficiencies begin to rob them of what little serotonin they have left. Once their serotonin is used up they are left to try yet another anti-depressant. Is it any wonder these individuals are depressed? There is a better way. Why not just correct the nutritional deficiencies? Why not pour gasoline into the tank? Forget the gasoline additive. Let’s just fill the tank back up with serotonin.

A group of progressive-minded physicians helped pioneer a new way of treating mental disorders. In 1968, Nobel Prize-winner Linus Pauling, Ph.D., originated the term “orthomolecular” to describe an approach to medicine that uses naturally occurring substances normally present in the body. “Ortho” means correct or normal, and orthomolecular physicians recognize that, in many cases of physiological and psychological disorders, health can be reestablished by properly correcting, or normalizing, the balance of vitamins, minerals, amino acids, and other similar substances within the body. 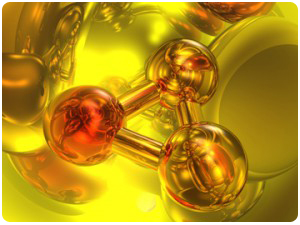 The premise of orthomolecular medicine extends back to the 1920s when vitamins and minerals were first used to treat illnesses unrelated to nutrient deficiency. During that time, it was discovered that vitamin A could prevent childhood deaths from infectious illness, and that heart arrhythmia (irregular heartbeat) could be stopped by dosages of magnesium. Like their more conventional colleagues, orthomolecular physicians acknowledge that mental disorders originate from faulty brain chemistry. However, unlike their more conventional colleagues, orthomolecular physicians rely less on prescription medications. Instead, orthomolecular psychiatrists recognize the important role nutrients, including amino acids, play in creating and regulating neurotransmitters. They then seek to uncover any nutritional deficiencies that may be causing mental disorders. Once these deficient nutrients are found, they are replaced to provide optimal levels needed to correct the neurotransmitter dysfunctions.

Most individuals who consult their medical doctor for mood disorders are placed on prescription medications. Many of these anti-depressants are in the form of selective serotonin re-uptake inhibitors (SSRI). These drugs (Lexapro, Prozac, Paxil, Celexa, and Zoloft) are supposed to help the brain be more efficient at using the serotonin it produces. And, as I’ve already stated, it is analogous to a gasoline additive to help your car get more mileage out of the gasoline in your tank. Unfortunately, many of these individuals don’t have any serotonin in their tanks and they are running on fumes. Since their brain isn’t making serotonin, an additive isn’t going to help.

Where do the neurotransmitters come from?

What do neurotransmitters do?

Correcting the cause of mood disorders.

No one is born with a Prozac deficiency. However, people can develop a serotonin deficiency. Using a SSRI doesn’t correct the cause. If someone is out of gas (serotonin), why would you use a gasoline additive (SSRI)? Why not fill the tank (brain) up with gas (serotonin) instead? I’ve been using amino acid replacement therapy for several years and have found this approach to be far superior to using prescription medicines (in most cases) for treating mild to moderate mood disorders. I’ve treated thousands of patients with mood disorder. I’ve found very few problems with mixing amino acid therapy with prescription anti-depressants. However, you may wish to work with a health-care professional familiar with orthomolecular or amino acid therapy.

BRAIN FUNCTION QUESTIONNAIRE The brain function questionnaire allows you to see if you’re low in certain neurotransmitters (serotoninin, norepinephrine, etc) and which amino acids you need.