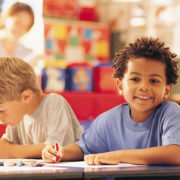 Traditional medicine advocates the use of stimulant medications for the treatment of ADHD. These medications, which include Adderall, Strattera, Vyvanse, and Ritalin, are also known as amphetamines. These stimulating medications are also often recommended to help those with fibromyalgia have more energy. And while these drugs do in fact increase a person’s energy, they are a disaster for most folks long term, especially those with fibromyalgia and or chronic fatigue syndrome (CFS/ME).

The increased rate of usage of ADHD drugs is alarming.

Spending on ADHD drugs soared from $759 million in 2000 to $7.2 billion in 2011, according to IMS Health, a pharmaceutical information and consulting firm. The United States uses approximately 90% of the world’s Ritalin. The International Narcotics Control Board (INCB), an agency of the World Health Organization, deplored that “10 to 12 percent of all boys between the ages 6 and 14 in the United States have been diagnosed as having ADD and are being treated with Ritalin.” With 53 million children enrolled in school, probably more than 5 million are now taking stimulant drugs. The number of children on these drugs has continued to escalate. A recent study in Virginia indicated that up to 20% of white boys in the fifth grade were receiving stimulant drugs.

While stimulant drugs may be effective at alleviating core ADHD symptoms and the fatigue associated with fibromyalgia and CFS/ME it comes at a price.

The potential side effects are numerous and sobering:

“We have become the only country in the world where children are prescribed such a vast quantity of stimulants that share virtually the same properties as cocaine.” – Gene R. Haislip, U.S. Drug Enforcement Administration

What happens when you take stimulant drugs.

You need to know that taking stimulant drugs to boost your energy will only cause your stress coping glands, the adrenals to become weaker. Whipping the exhausted horse harder and harder isn’t the answer-eventually your fatigued adrenals, like the exhausted horse will give out, no matter how hard you try to stimulant them.

What to do instead of taking ADHD drugs for fibro symptoms.

As always I recommend treating the cause(s) not the symptoms. Treating symptoms, in this case fatigue, rarely leads to long-term success. Instead it almost always leads to additional symptoms and poor health.

Instead of treating the symptoms, fatigue, I suggest you treat the cause(s): poor sleep, wrong or too many drugs (Lyrica, Neurontin, Beta blockers, statin drugs, Ativan, Xanax, etc.), and adrenal fatigue syndrome.

Addressing adrenal fatigue as a root cause of fatigue symptoms.

Adrenal fatigue is known to cause:

I always test my patients for adrenal fatigue and find that 99% of my fibromyalgia and CFS/ME patients are deficient in adrenal stress coping hormones, cortisol and DHEA. A big part of my Get Healthy Programs is restoring deep restorative sleep, building up stress coping chemicals (so you have more stamina and resistance to stress and flares) and repairing the stress coping glands the adrenal glands.

Once I uncover the extent of someone’s adrenal fatigue, I’ll then place them on the appropriate adrenal cortex and DHEA supplements. I go into specific step-by-step detail on how to repair adrenal fatigue in the bonus 2 CD and webinar that is included in my Fibromyalgia and Deep Restorative Sleep Program.

If you’re interested in correcting the cause of your chronic fatigue, my Fibromyalgia and Sleep program can help. This program goes into step-by-step details of what to take and what not to take for re-establishing consistent deep restorative sleep.

This is the key for reversing your symptoms of fatigue, fibro fog, and adrenal fatigue.

The role of DHEA in your fibro-related fatigue, and what causes it to drop.

DHEA is notoriously low in FMS and CFS patients. Chronic stress initially causes the adrenals to release extra cortisol. Continuous stress raises cortisol to abnormally high levels. Then the adrenal glands get to where they can’t keep up with the demand for more cortisol. As the cortisol levels continue to become depleted from ongoing stress, the body attempts to counter this by releasing more DHEA. Eventually they can’t produce enough cortisol or DHEA. Aging makes holding on to DHEA even tougher. Even in healthy individuals, DHEA levels begin to drop after the age of 30. By age 70, they are at about 20% of their peak levels.

Why is DHEA important?

DHEA helps prevent the destruction of tryptophan or 5HTP, which increases the production of serotonin. This is a key brain hormone for those with fibromyalgia as low levels of serotonin are associated with more pain, poor sleep, “fibro fog,” anxiety, and depression.

Studies continue to show low DHEA to be a biological indicator of stress, aging, and age-related diseases including neurosis, depression, peptic ulcer, IBS, and others.

A decrease in DHEA levels correlates with the general decline of cell-mediated immunity and increased incidence of cancer. DHEA protects the thymus gland, a major player in immune function. Low levels of DHEA lead to a suppressed immune function.

I recommend you speak with your functional medicine practitioner and ask him or her to order a four sample, cortisol and DHEA test. This saliva test will show how much adrenal cortex and or DHEA to take and when. You can also have your doctor do a DHEA-s blood test. Optimal range for DHEA in females is 300-400 and for men 450-550. If you’ve got a concern or a family history of breast cancer, use 7 keto DHEA instead. This special form of DHEA doesn’t convert into estrogen, progesterone or testosterone.

If you are ready to feel good again then stop letting doctors treat symptoms instead of cause(s). After 18 years of specializing in treating fibromyalgia I can assure you that the number one most important thing you can do is this –

A Good Night's Sleep Makes All The Difference

Wow, Thank You!
Scroll to top