Potential side effects of antidepressants

Harvard Medical School’s Dr. Joseph Glenmullen recently reported on the many dreadful side effects associated with conventional antidepressant medications. His report included neurological disorders, sexual dysfunction (in up to 60% of users), debilitating withdrawal symptoms (including hallucinations, electric shock–like sensations, dizziness, nausea, and anxiety), and decreased effectiveness in about 35% of long-term users.

Benzodiazepines are addictive, and patients build up a tolerance so that the drugs eventually lose effectiveness as a sleep aid. Addiction may occur in as little as two weeks. 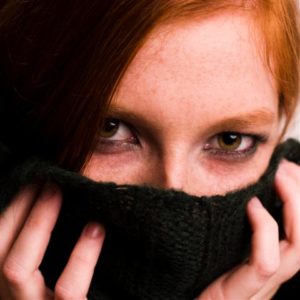 Suicide occurs more than twice as much on antidepressants than on sugar pills in individuals under age 25. This statistic is even more scandalous when you learn that Eli Lilly knew from their earliest trials in 1985, Prozac increased the risk of suicide by as much as 12 to 1 over placebo or older antidepressants.

The big problem with these medications, though, are the side effects, many of which mirror the symptoms of fibromyalgia and CFS. And they don’t promote deep, restorative sleep, so they are definitely not worth the risk.

Benzodiazepines depress the central nervous system and act on the neurotransmitter GABA (gamma-amino butyric acid). GABA acts as a calming chemical as it transmits messages from one cell to another. So directly or indirectly, these drugs influence almost every brain function and most other bodily systems, including those of the nervous, neuromuscular, endocrine, and gastrointestinal systems. It’s no wonder their side effects are so severe.

Benzodiazepines should be weaned off, starting as soon as possible. Be sure to work with a medical doctor as you wean off, and take it slow to avoid terrible withdrawal symptoms.

Potential Side Effects of Benzodiazepines 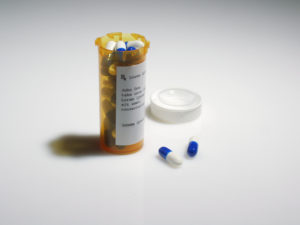 And since addiction often occurs within four weeks of starting these drugs, the majority of these folks are now dependent on them.

Tolerance to the hypnotic (sleep) effects of these drugs may occur within one week. Symptoms of tolerance are identical to drug-withdrawal symptoms and may include anxiety, panic, severe insomnia, muscle pain and stiffness, depression, suicidal thoughts, rage, heart and lung problems, and agoraphobia (extreme fear of public or crowded spaces).

Tragically, only 10%–30% of people are able to successfully stop taking these drugs. The rest are addicted for life.

The crippling side effects and addictive nature of these drugs have been known for at least 40 years, yet doctors continue to prescribe them at an ever-increasing rate, especially for seniors.

Surveys show that over 5.6 million adults over the age of 65 are now taking benzodiazepines. A mouth-dropping 50% of all women 60 and older will be prescribed a benzodiazepine drug.

GABA inhibitors such as Gabitril (tiagabine HCl) and Neurontin (gabapentin) are anticonvulsant medications originally used to control seizures. They are now being used to block nerve-related pain (neuralgia), including pain caused by herpes zoster. These medications are also prescribed with some success for chronic headaches. 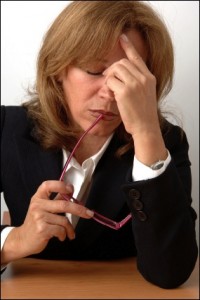 Pfizer’s anticonvulsant Lyrica, the first FDA-approved drug for the treatment of fibromyalgia, is very similar to Neurontin. The two compounds share similar mechanisms of action, but Lyrica is supposed to be as effective as Neurontin but at lower doses, which hopefully means lower side effects. Still, Lyrica is associated with all the same side effects as Neurontin.

Some say the Lyrica doesn’t work well enough to have warranted FDA approval. In 2004, reviewers recommended against approving the drug, citing its side effects. But the FDA approved it anyway. Pfizer then asked the FDA to expand the approved uses of Lyrica to include the treatment of fibromyalgia, and the agency did so in June 2007.

Is Lyrica effective? According to clinical trials, patients taking Lyrica reported that their pain fell, on average, about two points on a 10-point scale, compared with one point for patients taking a placebo. Not a big effect, to say the least.

Topamax (topiramate) is used primarily for adjunctive therapy for tonic-clonic seizures. It is also used to treat anxiety disorders.

Potential Side Effects of Anticonvulsant Drugs

Topamax can also cause “serious eye damage and/or blindness.” This is a quote from the Manufacturers themselves. They go on: “As of August 17, 2001 there have been 23 reported cases: 22 in adults and one in pediatric patients. It is generally recognized that post – marketing data are subject to substantial under reporting.

Beta-blockers, such as Inderal (propranolol); Lorpressor or Torprol (metoprolol); and Tenormin (atenolol) are used for long-term management of angina (chest pain), mitral valve prolapse (MVP), irregular heartbeat, and high blood pressure. I’m always amazed at how many of my patients are taking these drugs for MVP, even with their very serious side effects.

These drugs slow the heart rate, which reduces cardiac output and leads to low blood pressure and fatigue. The brain and muscles then aren’t getting enough blood and oxygen, and this can lead to fuzzy thinking, poor memory, depression, anxiety, and fatigue.

In my experience, the best way to stop the symptoms associated with heart irregularities, including MVP, is to correct magnesium deficiency. Magnesium is a natural sedative that relaxes muscles, and the heart is, of course, mostly muscle. The smooth muscle contained in the blood vessel lining is also dependent on magnesium.

Stimulants such as Adderall (amphetamine); Concerta, Metadate, or Ritalin (methylphenidate); Cylert (pemoline); Dexedrine (dextroamphetamine); and Focalin (dexmethylphenidate HCl) are used to increase adrenaline. They can be helpful in increasing a person’s energy. But remember the saying “speed kills.” These medications are nothing more than various forms of rovigil (modafinil) is a different kind of stimulant than those listed above and is being recommend by some for the fatigue associated with FMS and CFS.

Potential Side Effects of Stimulants 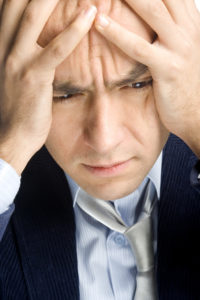 Statin drugs are used to lower cholesterol. They include Lipitor (atorvastatin calcium), Lescol (fluvastatin sodium), Altocor or Mevacor (lovastatin), Pravachol (pravastatin sodium), Zocor (simvastatin), and Crestor (rosuvastatin). Most conventional medical doctors are convinced that statin drugs are harmless and should be routinely prescribed for anyone with lesterol levels above 200. These doctors cite a number of studies in which statin use has lowered the number of coronary deaths compared to controls. But if we look a little deeper into these studies, we see that statin medications don’t significantly reduce the risk of death associated with heart disease.

Potential Side Effects of Statin Drugs

In fact, statins increase the risk of death overall. The British Journal of Clinical Pharmacology reported on an analysis of all the major controlled trials before the year 2000 and found that long-term use of statins for primary prevention of heart disease produced a 1% greater risk of death over 10 years, compared to placebo.

Statins, beta-blockers, tricyclic antidepressants, and benzodiazepine drugs can all suppress the body’s formation of coenzyme Q10 (CoQ10). CoQ10 is an enzyme that works with other enzymes to keep the body’s metabolic functions working at optimal levels.

Small amounts of CoQ10 are found in food, but blood levels of CoQ10 decrease with age, high blood pressure, statin use, diabetes, and atherosclerosis. CoQ10’s main purpose is to increase the function of the mitochondria, the “power plants” in each cell. A CoQ10 deficiency can lead to diffuse muscle pain and weakness similar to that seen in FMS and CFS, fatigue, angina, hypertension, accelerated aging, mental confusion, poor memory, tingling or pain in the hands and feet, and heart disease.

My book Heart Disease: What Your Doctor Won’t Tell You goes into greater detail about CoQ10 and its use in treating high blood pressure, congestive heart failure, mitral valve prolapse, and other heart-related conditions.

You can also visit www.treatingandbeating.com for more information on CoQ10.

To end the use of any of these drugs, always consult your doctor first. Stopping medications can trigger a host of withdrawal symptoms. First, start your jump-start program (chapter 13), build up your stress-coping system, and allow your body to start healing itself. After you start feeling stronger (it may be a few months) — and only with the help of your doctor — slowly start weaning off the medications. Most of the medications can be weaned off and never missed. Some will have to be restarted until you become stronger or find other less toxic options.

To learn how you can safely treat your illness without drugs, please visit my website and click on the health concerns link – here you’ll find tried and true nutritional protocols for a variety of other illnesses, including fibromyalgia, mood disorders, high blood pressure,osteoporosis, and more.

You Should Know What Each One Of Your Drugs Is Prescribed For, And Its Potential...