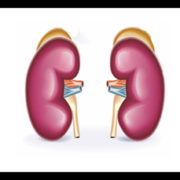 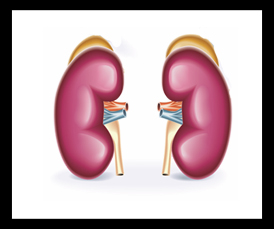 What is adrenal fatigue?

The adrenals are a pair of pea-sized glands located atop each kidney. The adrenal glands release certain hormones that allow us to be able to deal with immediate and long-term stress. These glands and the hormones they release allow us to be resilient to day-to- day stress.

Adrenal fatigue is a collection of signs and symptoms, known as a syndrome, commonly associated with intense or prolonged stress, and resulting fatigue that accompanies it. Although it affects millions of people in the U.S. and around the world, conventional medicine does not yet recognize it as a distinct syndrome.

The catalyst for adrenal fatigue is acute or chronic stress.

Adrenal fatigue can wreak havoc with your life. In the more serious cases, the activity of the adrenal glands is so diminished that you may have difficulty getting out of bed for more than a few hours each day.

Adrenal fatigue is known to cause: 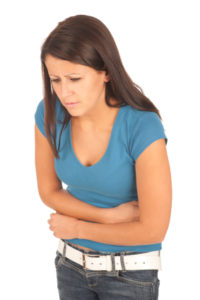 Typically a person with Adrenal Fatigue will experience normal to high blood pressure in the early stages of the syndrome, followed by low blood pressure, in the later stages of the syndrome. When the body is under stress, the trigger for adrenal fatigue, blood pressure usually goes up. However, long-term stress causes the adrenals to become exhausted. Once they become exhausted the adrenals are unable to mount a compensatory response. A decrease in adrenal function then leads to a drop in blood pressure. This is especially prominent during postural changes and provides a novel way to check for adrenal fatigue.

Ragland’s sign is an abnormal drop in systolic blood pressure (the top number) when a person arises from a lying to a standing position. There should be a rise of 8–10 mm. in the systolic (top) number. A drop or failure to rise, indicates adrenal fatigue.

Many of my patients have low resting (while sitting up) blood pressure under 90/60 and function very well. However, just as many find that their low blood pressure causes them to feel fatigued and many struggle with brain fog. Low aldosterone and cortisol, hormones secreted and regulated by the adrenal glands, may become compromised and lead to low blood pressure.

When the blood pressure drops, blood flow to the brain and muscles is reduced. A person may become fatigued, dizzy and lightheaded. The body then automatically activates its emergency repair system, the autonomic nervous system (ANS). Once initiated the ANS often triggers symptoms such as heart palpitations, increased heart rate, skin pallor, increased strength of each heartbeat, increased respiratory rate, and even fainting in severe cases.

What You Should Do

Adrenal extracts have been successfully used to treat many conditions related to adrenal fatigue, including symptoms of FMS and CFS/ME. They can increase energy and speed recovery from illness, and they are not a new treatment. In the 1930s, they were very popular, used by tens of thousands of physicians. They were still being produced by leading drug companies as recently as 1968.

Today, these extracts are available without a prescription as adrenal cortical glandular supplements.

Start with 500 mg. of adrenal cortex glandular twice a day with food. You should notice an improvement in stamina, resistance to stress and an increase in energy and mental clarity within a few weeks.

Increasing water and salt intake may help boost low blood pressure, boost adrenal function and eliminate fatigue. If your blood pressure runs low (90 over 60, or below), then increase your salt consumption. Yes, it’s OK to use salt. By increasing your salt intake you’ll help reduce inflammatory chemicals. Salt is a natural antihistamine, and histamine—along with its regulators, the hormones known as prostaglandins and kinins—can cause pain. (Salt’s antihistamine properties is one reason why saline nasal rinses help prevent sinus congestion.) 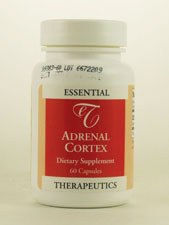 If your blood pressure begins to go up while increasing salt to your diet, simply reduce your salt intake once again. If your blood pressure remains low even after supplementing salt in your diet, and using adrenl cortex supplements, then start taking licorice root extract (Glycyrrhiza glabra) to raise blood pressure. Licorice root has been used for over 5,000 years and is one of China’s most popular herbal medicines. Licorice root extract acts like the adrenal hormone aldosterone, which is involved in salt and water metabolism.