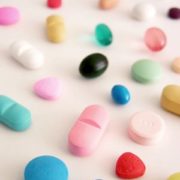 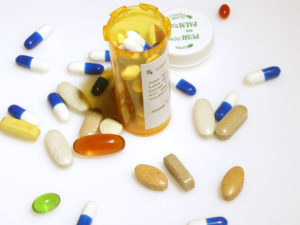 This drug is no different than other drugs in this class known as selective serotonin, norepinephrine reuptake inhibitors (SSNRI) which include Savella, Cymbalta, and the original SSNRI, Effexor.

Looking at the most recent overhyped SSNRI drug, , which Savella was based on two clinical trials involving 2,084 fibromyalgia patients (1,460 on Savella and 624 on placebo) we read this – 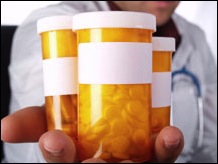 However, while the maker’s of Savella will be sure to promote it as being twice as effective as a placebo, what they won’t say is what you now know – the drug failed to help 1,095 of the 1,460 participants in the study who were taking Savella.

There are no studies directly comparing Savella to Cymbalta, to Effexor, although it’s likely that because of their similar mechanisms of action they would be similar in effectiveness.

If you’ve read my book, “Treating and Beating Fibromyalgia and Chronic Fatigue Syndrome” or past articles on fibromyalgia, you know that those with fibromyalgia have low serotonin and norepinephrine levels due to bankrupting their stress coping savings account.

But using SNRI drugs like Savella is analogous to using a gasoline additive to help your car get more mileage out of the gasoline in their gas tank.

Unfortunately, for the majority of the individuals who suffer with fibromyalgia and or depression, they don’t have any serotonin or norepinephrine in their brains to re-uptake.

A gasoline additive poured into an empty gasoline tank doesn’t help much, if at all. A SRNI drug given to someone with little to no serotonin or norepinephrine to re-uptake doesn’t do much- results are usually short-lived and disappointing.

Over time, the brain tries to compensate by shutting down the nerves that produce these two neurotransmitters.

This is known as down-regulation. Eventually, the brain begins to reduce the number of serotonin and norepinephrine receptors–up to 40-60 percent in some parts of the brain–until they literally disappear from the brain.

This may explain why patients often switch from one antidepressant drug to another in hopes of feeling better.

TD-9855 may be helpful, certainly safer than Lyrica, but no one suffers from a antidepressant deficiency. 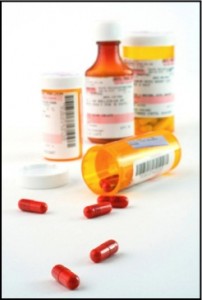 Another “Me Too” Drug

Dr Marcia Angell, Harvard Senior Lecturer in Social Medicine, disusses “me too” drugs extensively in The Truth About the Drug Companies: How They Deceive Us and What To Do About It (2004).

Dr. Marcia Angell, the former editor of the New England Journal of Medicine, has complained for years that most new drugs are only minor variations of old ones, “me-too” drugs, which she has said are “unlikely to be better than existing ones for the same condition.” The great majority of “new” drugs are not new at all but merely variations of older drugs already on the market. These are called “me-too” drugs. The idea is to grab a share of an established, lucrative market by producing something very similar to a top-selling drug. For instance, we now have six statins (Mevacor, Lipitor, Zocor, Pravachol, Lescol, and the newest, Crestor) on the market to lower cholesterol, all variants of the first.

“If I’m a manufacturer and I can change one molecule and get another twenty years of patent rights, and convince physicians to prescribe and consumers to demand the next form of Prilosec, or weekly Prozac instead of daily Prozac, just as my patent expires, then why would I be spending money on a lot less certain endeavor, which is looking for brand-new drugs?”

TD-9855 met the primary efficacy endpoint at 20 mg, demonstrating a statistically significant reduction of 1.4 in weekly average pain score compared to 0.9 for placebo (one-sided p=0.022). On the FIQ, a measure of the impact of fibromyalgia symptoms, TD-9855 demonstrated a significant improvement on Day 43 compared to placebo (-16.2 vs. -10.4; one-sided p=0.010). In an analysis of effect on a patient’s overall evaluation of treatment, as measured by the PGIC, TD-9855 had a significantly greater proportion of responders (with a rating of “very much improved” or “much improved” in PGIC) compared to placebo (48% vs. 32%; one-sided p=0.015). The study included exploratory endpoints to assess fatigue; positive treatment effects were seen with the 20 mg dose on global fatigue and cognitive fatigue endpoints. Furthermore, a composite responder analysis (Pain-NRS ≥ 30% reduction, PGIC 6 point improvement), an index of overall treatment response, revealed improvement with the 20 mg dose of TD-9855 compared to placebo.

“There continue to be substantial unmet needs in the management of fibromyalgia,” said Dr. Lesley Arnold, Professor of Psychiatry at the University of Cincinnati College of Medicine. “Many patients with fibromyalgia do not respond to or tolerate currently available treatments. The results of this Phase 2 trial of a new norepinephrine and serotonin reuptake inhibitor provide hope that additional options might become available to patients with this common pain disorder. TD-9855 was generally well tolerated and, compared with placebo, significantly improved pain as well as other symptoms commonly associated with fibromyalgia.” 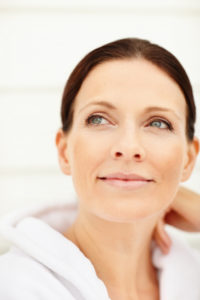 Of course we should realize that drug studies are often fictional, only written, edited and promoted in the best light.

A study in the Journal of the American Medical Association found over 40 percent of the best designed, peer-reviewed scientific papers published in the world’s top medical journals misrepresented the actual findings of the research

Here’s what I get from Dr. Arnold’s comments – the drugs for fibro aren’t very helpful and here is another one that might be more tolerable…nothing earth shaking or revolutionary about this “me too” drug. The study shows the drug was helpful or very helpful for 48% of test subjects…but 32% of the participants taking the sugar pill reported the same results, without the potential side effects which may include anxiety, depression, headache, muscle pain, chest pain, nervousness, sleeplessness, drowsiness, weakness, changes in sex drive, tremors, dry mouth, irritated stomach, loss of appetite, dizziness, nausea, rash, itching, weight gain, diarrhea, impotence, hair loss, dry skin, chest pain, bronchitis, abnormal heart beat, twitching, anemia, low blood sugar, and low thyroid.

You should realize by now that traditional medicine and the their puppet master, Big pharma, isn’t going to be creating a miracle cure for fibro anytime soon. Treating symptoms with “me too” drugs, promoted with Barnum and Baily like public relations, does little to relieve the day to day, year to year life draining effects of fibromyalgia. Treating symptoms doesn’t work. To feel good again those with fibro must treat the cause(s).

If you’re sick and tired of being sick and tired and want to get off the “here try this” drug for every symptom, guessing game, “maybe this will work” merry go round, call and schedule a phone or in clinic consult. I’ve helped thousands feel good again. You could be next. The only way to beat fibromyalgia and get your life back is to get healthy – drugs don’t make you healthy!

Being Dehydrated Contributes to Your Fibro Symptoms
Scroll to top