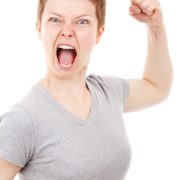 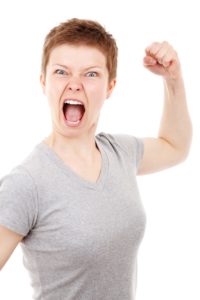 Have you’ve been told that you’re crazy, lazy, or depressed? If so, you are not alone. Friends, family, and doctors may try to make you think your illness isn’t real. They’ll probably say, “its all in your head.”

Ok, so you forget appointments, cancel at the first sign of bad weather, get lost on the way, show up on the wrong day or at the wrong time. You ask the same questions over and over and often lose your train of thought in mid-sentence, you have strange reactions to medications and suffer with an assortment of health problems; yet all of your lab results look normal. You’ve got numerous complaints including anxiety, depression, fatigue, chronic pain, insomnia, IBS, MVP, chronic sinusitis, tingling in your extremities, night sweats, chemical sensitivities, headaches, reflux, and other symptoms. Are you crazy? You may think you’re a brick short of a load, but in your defense, I’d feel crazy too if I went days without sleeping, had diffuse chronic pain, had no energy, had no life, no hope, and had been bounced from one doctor to another and given dozens of tests, had taken numerous drugs which didn’t help, and then proceeded to get worse year after year!

The traditional drugs of choice for fibromyalgia include NSAIDS, antidepressants, anticonvulsant medications, muscle relaxants, tranquilizers, and pain medications. These drugs may provide short-term relief but their results are often fleeting and their side-effects are detrimental. It’s not unusual for FMS patients to be taking twelve or more prescription drugs, many of which contribute to erratic behavior.

Neurontin and Lyrica have potential side effects that include depression, somnolence, fatigue, thought disorders, fuzzy thinking, and ataxia. Zanaflex and other muscle relaxant drugs may cause mental confusion, speech disorder, lethargy, psychosis, and even hallucinations. Adderall and other stimulants may provoke nervousness, mental instability, and psychosis. All of these drugs are known to deplete at least one or more essential mood-dependant vitamin, mineral, or nutrient (B6, B12, CoQ10, Folic acid, etc.). Individuals with fibromyalgia are also deficient in the brain chemicals, which help regulate mood and mental function. 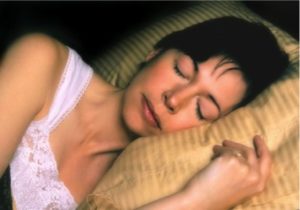 Research shows that the majority of fibromyalgia patients are deficient in serotonin, dopamine, and norepinephrine. These three neurotransmitters are essential for optimal mood and mental function. Serotonin, also known as the “happy hormone,” helps regulate mood, sleep, digestion, bowel movements, pain, and mental clarity. Individuals with fibromyalgia have low levels of the amino acid tryptophan, as well as 5HTP, which are needed for the production of serotonin.

Derived from the amino acid L-phenylalanine, norepinephrine and dopamine boost mental energy and clarity as well as prevent a condition known as anhedonia. Anhedonia is the lack of ability to feel pleasure or remorse in life. L-phenylalanine derived norepinephrine, when released in the brain, causes feelings of arousal, energy, drive, and ambition. No wonder you suffer with “fibro fog.”

And while we still don’t know for certain what causes fibromyalgia, we do know that fibromyalgia patients have an imbalance of the hypothalamus-pituitary-adrenal (HPA) axis. This imbalance creates far-reaching hormonal imbalances which interferes with the body’s ability to maintain homeostasis. This can create a host of unwanted health conditions.

Many of the most common fibromyalgia symptoms, including widespread muscle pain, fatigue, poor sleep, gastrointestinal problems, and depression, regularly occur in people with various neuroendocrine disorders, including those manifested by HPA dysfunction.

The main function of the hypothalamus is homeostasis, or maintaining the body’s status quo. Because of its broad sphere of influence, the hypothalamus could be considered the body’s master computer. The hypothalamus receives continuous input about the state of the body and must be able to initiate compensatory changes if anything drifts out of line. 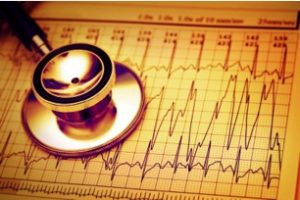 The Hypothalamus regulates such bodily functions as:

Recent studies show that over 43 percent of FMS patients have low thyroid function. It’s estimated that those with FMS are 10 to 250,000 times more likely to suffer from thyroid dysfunction.

So what causes the HPA-axis to go haywire? After researching and specializing in the treatment of fibromyalgia for the last eleven years, I believe chronic stress is the underlying catalyst for the onset of HPA dysfunction and fibromyalgia. Several studies have demonstrated how chronic stress undermines the normal HPA function.

I like to use the analogy of being born with a stress-coping savings account. We have certain chemicals, vitamins, minerals, and hormones like serotonin, dopamine, norepinephrine, and cortisol that allow us to handle moment-to-moment, day-to-day, stress. The more stress we’re under, the more withdrawals we make. Individuals with fibromyalgia have made more withdrawals than deposits. Poor sleep, chronic stress, nutritional deficiencies, prescription drugs, and other stressors have taken their toll. The patient has bankrupted their account. This leads to the HPA-axis being overtaxed, and poor health follows.

Fortunately, there are some tried-and-true nutritional protocols that can help build up the bankrupted stress-coping savings account. Reestablishing optimal neurotransmitters, especially serotonin and norepinephrine levels, is critical for these folks. 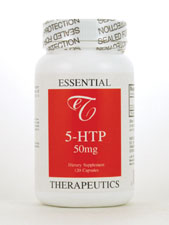 Double-blind, placebo-controlled trials have shown that patients with FMS were able to see the following benefits from increasing serotonin through 5HTP replacement therapy:

There are more serotonin receptors in the intestinal tract than there are in the brain. This is one reason people get butterflies in their stomach when they get nervous. Serotonin controls how fast or how slow food moves through the intestinal tract. IBS symptoms, commonly seen in fibromyalgia, typically disappear rather quickly once serotonin levels are boosted. I have my patients take 300mg of 5HTP along with a good optimal daily allowance multivitamin (680mg of magnesium) and pancreatic digestive enzymes.

So, Are fibromyalgia patients crazy? No,

FREE Fibro Teleconference – EVERY TUESDAY, ALL SUMMER LONG! Join us on the call and get your questions answered! Register at: Endfibronow.com

America: We have a Problem

Fibromyalgia and Zohydro: the Perfect Storm
Scroll to top