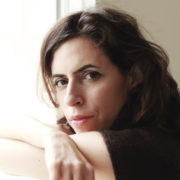 Especially For Those with Fibromyalgia

We’ve all heard that we need eight hours of restful sleep each night. The amount of sleep an individual actually needs will vary from person to person. A five-year-old might need 11–12 hours of sleep; an adult, 7–9 hours. Poor sleep has been linked to various health problems including depression, fatigue, CFS/ME, fibromyalgia, and headaches. This is not news to those who suffer from fibromyalgia and CFS/ME. They already know that their symptoms get worse when they don’t get a good night’s sleep.

One study showed that college students who were prevented from going into deep (REM) sleep for a week developed the same symptoms as those with fibro and CFS/ME: diffuse pain, fatigue, depression, anxiety, irritability, stomach disturbances, and headache. Another study, conducted by the University of Connecticut School of Medicine, compared the sleep patterns and associated symptoms of 50 women with FMS. The study showed that a poor night’s sleep was followed by an increase in symptoms, including body pain.

This increase in symptoms then went on to prevent the subject from getting a good night’s sleep the next night, even though the person was exhausted. For FMS/CFS patients, this cycle continues and creates a pattern of declining health. Research presented in June 2002 at the Endocrine Society in San Francisco showed that sleep deprivation markedly increased inflam-matory cytokines (pain-causing chemicals)—by a whopping 40%.

Your natural sleep hormone levels can also be decreased by NSAIDs. So besides intestinal bleeding, leaky gut, and an increased risk of heart attack, here’s another reason to avoid chronic use of NSAIDS. Other drugs that can deplete your sleep hormones include SSRIs like Celexa, Prozac, Effexor, Cymbalta, Savella, Lexapro, Pristiq, Paxil, Zoloft, and anti-anxiety meds Ativan, Xanax, Restoril, and Klonopin (benzodiazepines). Yes, the very same drugs used to help you with depression deplete your natural sleep hormones, preventing you from getting the deep, restorative sleep you need to make serotonin.

Other culprits that reduce your natural sleep hormones include anti-hypertensive or high blood pressure drugs, steroids, over 3 mg. of vitamin B12 in a day, caffeine, alcohol, tobacco, evening exercise (for up to three hours afterwards), and depression. If you want to know how to consistently get a good night’s sleep, the key to reducing fibro pain, fatigue, low moods, IBS, RLS, and feeling good again, then you should take advantage of my new Fibromyalgia and Deep Restorative Sleep Program and the special limited time bonuses.

Eighty percent of HGH is produced during delta-stage sleep, so the best way to boost HGH levels is to get 8–9 hours of sleep a night.

If you have fibromyalgia, you know all too well that when you don’t get a good night’s sleep—which is often—you have more pain, fatigue, anxiety, foggy thinking, and depression.

Most of my patients haven’t slept well in years and have tried at least one sleep medi¬cine after another. Unfortunately, these medicines may work for a while then stop working. But no one has a sleep drug deficiency. These drugs have numerous side effects including increased risk of premature death. Most sleep drugs that don’t promote deep, restorative sleep-they may knock you out but they don’t help you build up your stress coping chemicals and actually deplete your natural sleep hormone melatonin. Because you are going into deep sleep you never feel rested and you are always rundown tired and susceptible to stress and flare ups.

These Drugs Are a Disaster For Those With Fibromyalgia

Find out how you can be sleeping through the night in a matter a days and feeling better than you’ve felt in years.

Is Neurontin or Lyrica Helpful For Fibromyalgia?
Scroll to top