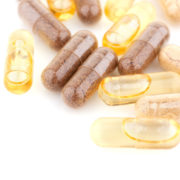 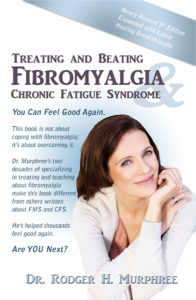 Here is an excerpt from my 5th edition Treating and Beating Fibromyalgia and Chronic Fatigue Syndrome book.

The three concerns about natural medicine, specifically supplementation, that I hear the most often are questions about whether or not it is necessary, effective, and safe. I’ll answer these three questions below.

Many so-called experts will tell you not to worry about taking vitamins if you are eating a balanced diet. If you ever encounter a doctor who says this, simply smile and head for the nearest exit! By making such a statement, this physician has demonstrated herself to be forty years behind in the research. How could someone, who is supposed to be looking after our health, be so ignorant to think that eating bleached bread, toxic meats, allergy producing dairy products, and nutritionally void simple carbohydrates could provide the necessary vitamins and minerals the body requires to be healthy?

Remember, most medical doctors receive only three classroom hours of nutritional education! This isn’t their fault, but they have no excuse for not staying abreast of latest findings that appear in their very own medical journals. 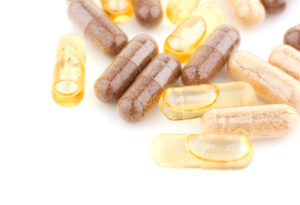 The fact is that most of our foods are processed, and thereforethe nutrients have been leeched out of them. For instance, you would need to consume 5,000 calories per day (mostly fat) in order to get the recommend minimum (400 IU) of vitamin E, and 12,000 calories per day to get the minimum amount of chromium. As a result, 70 percent of the population is deficient in magnesium, 65 percent is deficient in zinc, 48 percent is deficient in calcium, and 56 percent is deficient in vitamin C. And, research has suggested, people who drink alcohol may need extra folic acid. Anyone can benefit from a good multivitamin and mineral formula,and thousands of studies demonstrate its benefits. Daily use reduces the incidence of heart disease, heart attack, stroke, glaucoma, macular degeneration, type-2 diabetes, senile dementia, and various cancers.

You might be thinking, I’ve taken a vitamin for years, and I haven’t noticed a difference. You probably haven’t been taking enough to even make a dent in your deficiencies. If you compare Centrum or One A Day vitamins to our Essential Therapeutics formulas, you’ll notice that ours have fifty times—and in some cases, one hundred times—the recommended daily allowance (RDA). The RDA is an outdated system that does not take into account the depletion of our nutrient-rich topsoil, environmental pollutants, chemical food processing, the addition of artificial ingredients, and the increased demands placed on an individual’s homeostatic system in the twenty-first century. 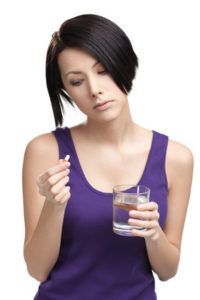 So, nearly as criminal as not recommending vitamin and mineral supplements is the recommendation of them based on the RDA (or, as I call it, “recommended disease allowance”—just enough to keep you from getting beriberi or scurvy, but certainly not enough for optimal health). It was never intended to advance health, only to prevent deficiency diseases like rickets. Taking the minimum amount of a nutrient to prevent gross deficiency doesn’t help those people who want to be truly healthy and not just free of severe symptoms. And optimal health should be the goal for all of us.

Years ago, our ancestors ate locally grown food harvested from mineral-rich soil that was free of pesticides and toxic fertilizers. Their meats had no added hormones and antibiotics, and they didn’t eat processed foods robbed of their nutrients, and their foods weren’t loaded with preservatives and simple sugars. Their diets consisted mainly of whole grains and  vegetables with a little dairy and organic meat. They didn’t need supplements. Life is different for us. We’re also living a lot longer, and as we age, our nutrient needs can increase dramatically.

One of the arguments against megavitamin and mineral treatment is that high doses may cause adverse reactions. Let me present some statistics to you and let you decide for yourself.

The American Medical Association reports that death from medical errors is now the third leading cause of death in the United States, behind only heart disease and cancer. As reported in its journal, over 250,000 Americans die each year from medical therapies, including at least 113,000 from the negative effects of prescription medications. The total number of deaths from vitamin and mineral therapy during the years of 1983 to 1990 was zero.

Nevertheless, problems can occur. But if symptoms arise, reducing or stopping the therapy will almost always put an end to any side effects. Working with a physician who specializes in vitamin, mineral, or herbal therapies will help you avoid negative effects in the first place. In the ten years I’ve been using orthomolecular doses of vitamins, minerals, and amino acids, both intravenously and orally, there has not been a single major side effect observed in my patients. 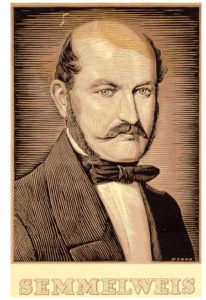 In the nineteenth century, a young Hungarian doctor named Ignaz Semmelweis advocated that doctors wash their hands between patients. Dr. Semmelweis found that by doing so, the incidence of infectious disease was drastically reduced. His peers called him a quack; they ostracized him and continued to perform vaginal exams, surgeries, and other  medical therapies without washing between patients.

In spite of the fact that Semmelweis was able to consistently demonstrate that mortality rates of patients declined drastically with proper antiseptic practices, his peers clung to their beliefs. Not because they had ever been proven, but because that was the way it had always been done. Because of their reluctance to change, even in the face of what we would all agree was an obvious and commonsense approach to reducing the spread of disease, thousands of people died.

Semmelweis was eventually committed to an insane asylum where he died at age forty-two. It would take another 132 years before doctors would realize that sanitary precautions should be incorporated into daily practice procedures.

In 1928, Dr. Alexander Fleming discovered penicillin. His discovery was discussed the very next year in the British Journal of Experimental Pathology. Dr. Fleming was ignored by the medical community, and it was not until some fifteen years later that penicillin began to be used to treat bacterial infections. Why did it take so long?

It’s because, as I put it, doctors are usually down on what they themselves aren’t up on. Like everyone else, they often aren’t open to what they don’t understand. Could this be the main reason traditional doctors don’t acknowledge the potential health restoring abilities of nutritional therapy? For most of them, yes.

But some are simply (and contentedly) brainwashed into believing that drug therapy is the only real medical philosophy with science-based evidence. Either way, ignorance is ignorance!

THE KEY FOR REVERSING FIBROMYALGIA is finding and fixing causes, not merely covering up symptoms. Using the raw ingredients that make your hormones, brain chemicals, and life enhancing bio-chemicals, is the only way to really get healthy. Drugs don’t make you healthy, vitamins, minerals, essential fatty acids, and amino acids do.

The choice is yours. Cover up symptoms, or correct causes.

I recommend you find a doctor who is up on vitamin and mineral therapy. He or she will offer the best chance of you getting and staying healthy.

The Misleading Hype About Low-Fat Diets
Scroll to top