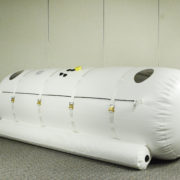 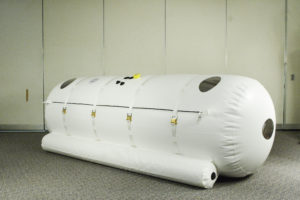 A hyperbaric oxygen treatment (HBOT) can help relieve fibromyalgia pain and restore function to the muscles and surrounding tissue. A recently conducted study suggests that it may also improve activity in the brain. If this turns out to be proven as fact, it will open doors of research in several different fields.

HBOT works by exposing patients to pure oxygen at levels which have a pressure that is higher than that of the atmosphere.

Those individuals who have chronically impaired brain function, have recently suffered from a stroke, or those with a mild traumatic brain injury will benefit from the use of HBOT.

It has been found by researchers to induce neuroplasticity, which works to help the brain repair itself and restore functionality.

I need to quickly point out that I DON’T think HBOT therapy will lead to long term remission of fibromyalgia symptoms. I still believe that if the body is brokendown, depleted of stress coping chemicals and hormones, the only way to feel good and stay feeling good, is to get healthy. HBOT therapy will not replace needed essential stress coping chemicals and hormones or increase metabolic function (adrenal fatigue, low thyroid, etc.). However, I’m a big fan of anything that can help fibromyalgia symptoms, put the person back on the road to getting healthy and staying healthy.

It has been theorized that the pain associated with fibromyalgia may be the result of abnormal conditions in the areas of the brain which are related to pain. These same researchers suggest that using HBOT may be a viable treatment option for those suffering from fibromyalgia pain. When a group of 48 women, all diagnosed with fibromyalgia, underwent HBOT as a treatment, 100% showed improvement within the first two months.

Dr. Eshel Ben-Jacob, the author of the study, stated, “Symptoms in about 70% of the women who took part [in the study] have to do with the interpretation of pain in their brains. They’re the ones who showed the most improvement with hyperbaric oxygen treatment. We found significant changes in their brain activity.”

This is not to say that it is all in their head.  This is saying the brain’s response to pain is different. 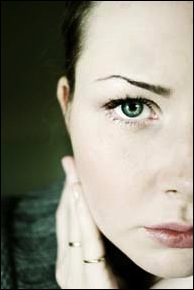 Approximately 90% of those diagnosed with fibromyalgia are women; however, it is a nondiscriminatory condition and affect men as well. In women from this particular study, there is a clear and direct association between the occurrence of changes in the brain and the overall improvement of their symptoms. This will likely be true for men as well, but further study is needed, of course.

The study shows that healing the body and the mind together instead of focusing on just individual pieces have longer lasting benefits than current methods of treatment.  Many doctors focus on each symptom and try to treat them individually.  This has proven counterproductive, so any treatment that claims to heal several areas of the body (especially something as safe and noninvasive as HBOT) deserves attention.

All patients who participated in the study received 40 HBOT sessions over the course of two-months. The sessions were 90 minutes long and were given to the participants five days per week. Prior to the beginning of the study, half of the participants received a two-month control treatment or placebo. This group showed no improvements in symptoms. They did, however, receive the same pain relief after receiving HBOT as those who were not in the control group.

Some of the researchers who were conducting the study noted that some of the patients were able to eliminate or decrease the use of their pain medication over the short-term. More research is needed to determine the long-term response to this treatment regarding the use of medication, but this is a good start.  One of my primary goals with my patients is to help them get off these dangerous medications, so I am excited to see where this research with HBOT will go and how long the benefits will last.

In a press release, Shai Efrati, MD, lead study author and head of the research and development unit for Assaf Harofeh Medical Center and a member of the Sagol School of Neuroscience said

“The abnormalities in brain regions responsible for the chronic pain sensations in fibromyalgia patients can be triggered by different events. We have learned, for example, that when fibromyalgia is triggered by traumatic brain injury, we can expect complete resolution without any need for further treatment. However, when the trigger is attributed to other causes, such as fever-related diseases, the patient will probably need periodic maintenance therapy.” 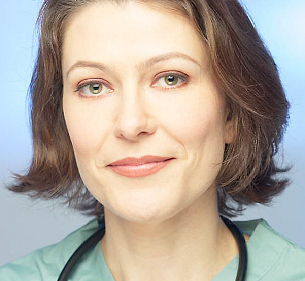 Dr. Efrati went on to say that more research is needed because HBOT aims to treat the brain pathology that is responsible for the syndrome instead of providing relief from just the symptoms of the disorder. This means that brain repairs, including neuronal regeneration, are a real and feasible possibility, even for chronic, long-lasting pain syndrome like fibromyalgia. This is certainly something we should aim for in any future studies and treatment development.

The potential applications of HBOT in a multitude of settings is currently being delved into. We know more about the brain than we ever have before. There is still much more to learn. Along the way, new ways to utilize HBOT in the real world will be discovered. It is exciting to think that even if HBOT is not directly beneficial to some long-term memory conditions, it can open the door to other treatments that will have significant impact.

If you have any questions regarding this post, or any others on my site, I host a FREE call-in each and every week. You can register for the call details for free at:  EndFibroNow.com

Why Traditional Medicine Alone Isn’t The Answer For Fibromyalgia

Fibromyalgia and RLS
Scroll to top