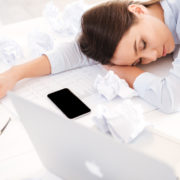 Poor sleep puts you at risk of serious medical conditions including obesity, heart disease, and diabetes– and it shortens your life expectancy. It’s now clear that a solid night’s sleep is essential for a long and healthy life.

How much sleep do we need?

Most of us need around eight hours of good quality sleep a night to function properly – but some need more and some less. I find that many of my fibro patients are thrilled to get 6-7 hours of uninterrupted sleep each night. What matters is that you find out how much sleep you need and then try to achieve it. As a general rule, if you wake up tired and spend the day longing for a chance to have a nap, it’s likely that you’re not getting enough sleep. Poor sleep can contribute to: weight gain, diabetes, mood disorders, and more. 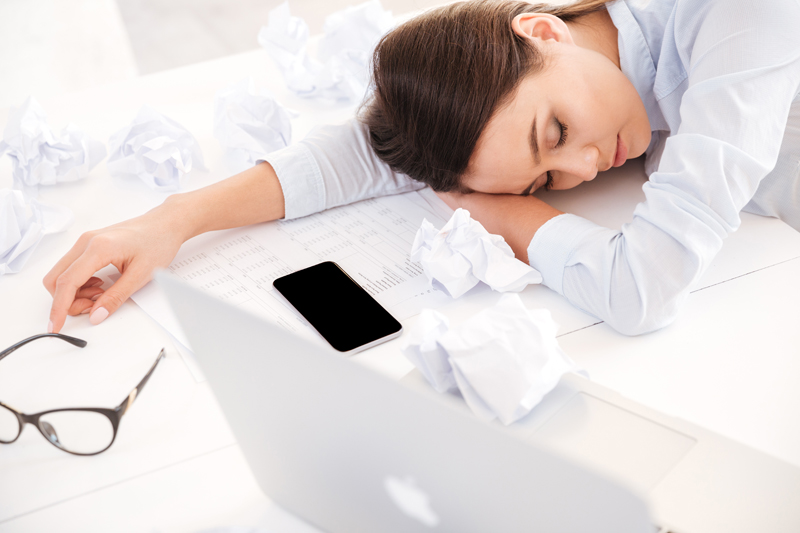 Numerous studies show insufficient sleep leads to unwanted weight gain. Several studies report that people who consistently sleep less than six hours per night are much more likely to have a higher than average body mass index (BMI) and that people who sleep eight hours have the lowest BMI. Body mass index (BMI) is a measure of body fat based on height and weight that applies to adult men and women.

During sleep, our bodies secrete hormones that help to control appetite, energy metabolism, and blood sugar (glucose) processing. Consistent poor sleep upsets the balance of these and other hormones. Poor sleep leads to an increase in the production of cortisol, often referred to as the “stress hormone.”

Poor sleep is also associated with an over secretion of insulin following a meal. Insulin is a hormone that regulates glucose processing and promotes fat storage; higher levels of insulin are associated with weight gain, a risk factor for diabetes.

Insufficient sleep is also associated with lower levels of leptin, a hormone that alerts the brain that it has enough food, as well as higher levels of ghrelin, a biochemical that stimulates appetite. As a result, poor sleep may result in food cravings. We may also be more likely to eat foods such as sweets that satisfy the craving in an attempt to self medicate ourselves.

Researchers have found that poor sleep increases the risk of developing type 2 diabetes. Poor sleep leads to a disruption in the way the body processes glucose, the high-energy carbohydrate that cells use for fuel. Numerous epidemiological studies also have revealed that adults who usually slept less than five hours per night have a greatly increased risk of having or developing diabetes. In addition, researchers have correlated obstructive sleep apnea—a disorder in which breathing difficulties during sleep lead to frequent arousals—with the development of impaired glucose control similar to that which occurs in diabetes.

Poor sleep leads to a deficiency in stress coping hormones, serotonin, norepinephrine, and other mood regulating brain chemicals. Chronic sleep issues have been correlated with depression, anxiety, and mental distress. In one study, subjects who slept four and a half hours per night reported feeling more stressed, sad, angry, and mentally exhausted. In another study, subjects who slept four hours per night showed declining levels of optimism and sociability as a function of days of inadequate sleep. All of these self-reported symptoms improved dramatically when subjects returned to a normal sleep schedule.

Poor sleep compromises a person’s immune system. In fact, research in animals suggests that those animals who obtain more deep sleep following experimental challenge by microbial infection have a better chance of survival.

Studies have found that a single night of inadequate sleep in people who have existing hypertension, can cause elevated blood pressure throughout the following day. This effect may begin to explain the correlation between poor sleep and cardiovascular disease and stroke. For example, one study found that sleeping too little (less than six hours) or too much (more than nine hours) increased the risk of coronary heart disease in women.

Research from three large cross-sectional epidemiological studies reveal that sleeping five hours or less per night increased mortality risk from all causes by roughly 15 percent. The first question I ask new patients is, “How are you sleeping at night?” If they don’t get a good night’s sleep, they’re not going to get well. It really is that simple. Most people with FMS or CFS/ME haven’t slept well in years. Most of my patients take tranquilizers, muscle relaxants, or over-the-counter sleep aids to get them to sleep. But the majority of them never go into deep, restorative sleep. It is in this delta-wave sleep that the body repairs itself by making human growth hormone ( HGH) and other hormones that help repair damaged muscles, tissues, and organs. Deep sleep also builds and rejuvenates the immune system and of course allows deposits to be made into our stress-coping savings account.

Get Good Sleep for Good Health

We’ve all heard that we need eight hours of restful sleep each night. The amount of sleep an individual actually needs will vary from person to person. A five-year-old might need eleven to twelve hours of sleep; an adult, seven to nine hours. Poor sleep has been linked to various health problems, including 186 The Importance of a Good Night’s Sleep depression, fatigue, CFS/ME, FMS, and headaches. This is not news to those who suffer from FMS and CFS/ME. They already know that their symptoms get worse when they don’t get a good night’s sleep.

Poor Sleep Causes Many Of The Symptoms Associated With Fibromyalgia

One study showed that college students who were prevented from going into deep (REM) sleep for a week developed the same symptoms as those with FMS and CFS/ME: diffuse pain, fatigue, depression, anxiety, irritability, stomach disturbances, and headache. Another study, conducted by the University of Connecticut School of Medicine, compared the sleep patterns and associated symptoms of fifty women with FMS. The study showed that a poor night’s sleep was followed by an increase in symptoms, including body pain. This increase in symptoms then went on to prevent the subject from getting a good night’s sleep the next night, even though the person was exhausted. For FMS/CFS patients, this cycle continues and creates a pattern of declining health.

Of course the tendency for most folks is to run to their doctor and ask for sleep drugs. This isn’t the answer as they have been linked to increased risk of early dementia, cancer, and even early death.

“We are not certain. But it looks like sleeping pills could be as risky as smoking cigarettes,” study author Dr. Daniel F. Kripke, professor of psychiatry at the University of California, San Diego, told WebMD.

No one has a sleeping drug deficiency. The key is to find out what is interfering with your natural sleep wake cycle, then correct it with natural supplements, the same ones I recommend in my practice. Deep restorative sleep is the key for reversing fibromyalgia, mood disorders, fatigue, aches and pains, and general poor health.

This Supplement Cured My Insomnia
Scroll to top