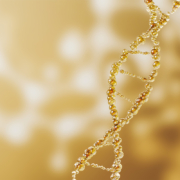 Earlier this week I wrote to you about the potential dangers of Methylenetetrahydrofolate reductase ( MTHFR). In part two of this blog series I want to share more about the dangers of poor MTHFR conversion and high homocysteine levels.

Homocysteine is a byproduct of the conversion of the amino acid cysteine into methionine. If homocysteine is not converted into methionine, it will become oxidized by free radicals. It then starts to accumulate in the endothelial cells of the arterial wall. This leads to plaque formation (arteriosclerosis) and possible arterial occlusion.

Homocysteine speeds up the oxidation (causing toxic damage) of cholesterol, which then becomes bound to small LDL particles. Macrophages (white blood cells) then infiltrate the particles and transform them into plaque. This plaque begins to grow within the arterial lining. Cholesterol swimming through the blood stream attempts to patch the damaged arterial lining and more plaque occurs. 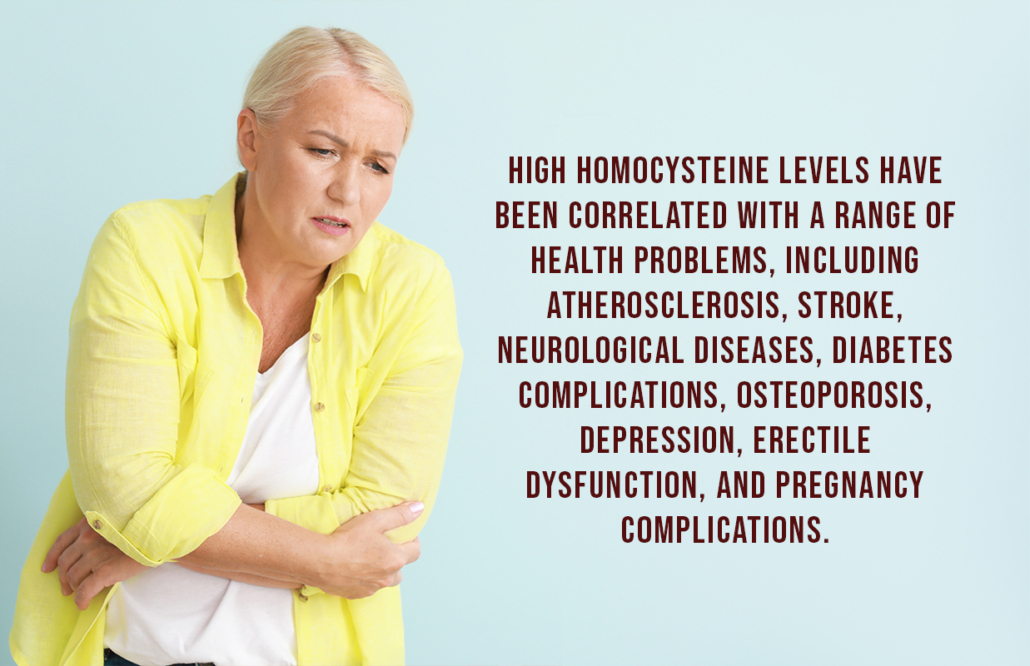 Excess Homocysteine is associated with:

Through these mechanisms, high homocysteine levels contribute to widespread blood vessel injury. This increases the risk of atherosclerosis, heart attack, and stroke, as well as cerebrovascular disease, cognitive decline, and dementia.

Dr. Kilmer McCully first suggested almost 40 years ago that elevated levels of homocysteine were associated with an increased risk of CAD. He based his theory on autopsies he and other pathologists conducted on children with a genetic disease called homocysteinuria who also had advanced coronary artery disease. Dr. McCully was brazen enough to suggest that cholesterol wasn’t promoting arteriosclerosis; the toxic byproduct known as homocysteine was.

His theory didn’t sit well with his peers at Harvard Medical School, and he was asked to leave. Now, almost 40 years later, his theory has become accepted by all but the most obstinate doctors who have their heads still buried in the sand. Unfortunately, Dr. McCully’s experience of being ostracized for thinking outside the box is all too common in traditional medicine.

Numerous studies now validate Dr. McCulley’s theory. The European Journal of Medicine reported that 40% of those who had strokes also had elevated homocysteine levels compared to only six percent of controls.

A Norwegian study involving over 4,700 men and women showed that each 5-millimol/L increase in homocysteine blood plasma caused the number of deaths from all sources to jump to 49%. This included a 50% increase in cardiovascular deaths and a 26% increase in cancer deaths. 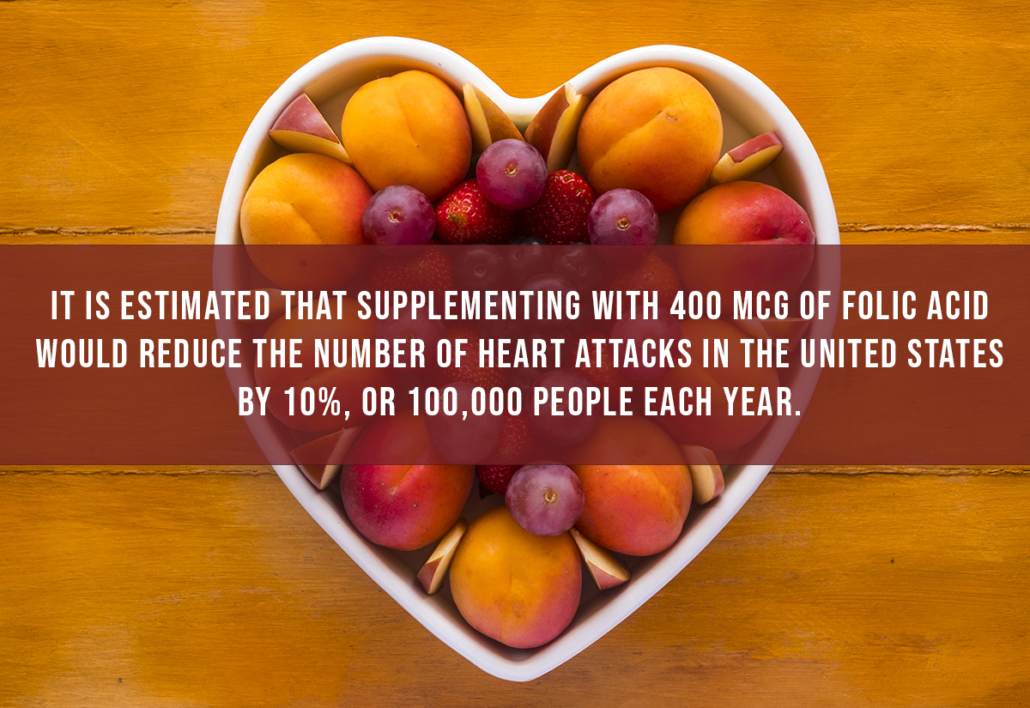 Since homocysteine plays a major role in the metabolism of sulphur and methyl groups, elevated levels of homocysteine most likely impair the synthesis of important nutrients, including SAMe, carnitine, chondroiten sulfate, Coenzyme Q10, cysteine, pantethine, melatonin, phosphatidycholine, and many others.

Homocysteine levels are properly maintained through the presence of certain vitamins including vitamin B12, folate and vitamin B6. 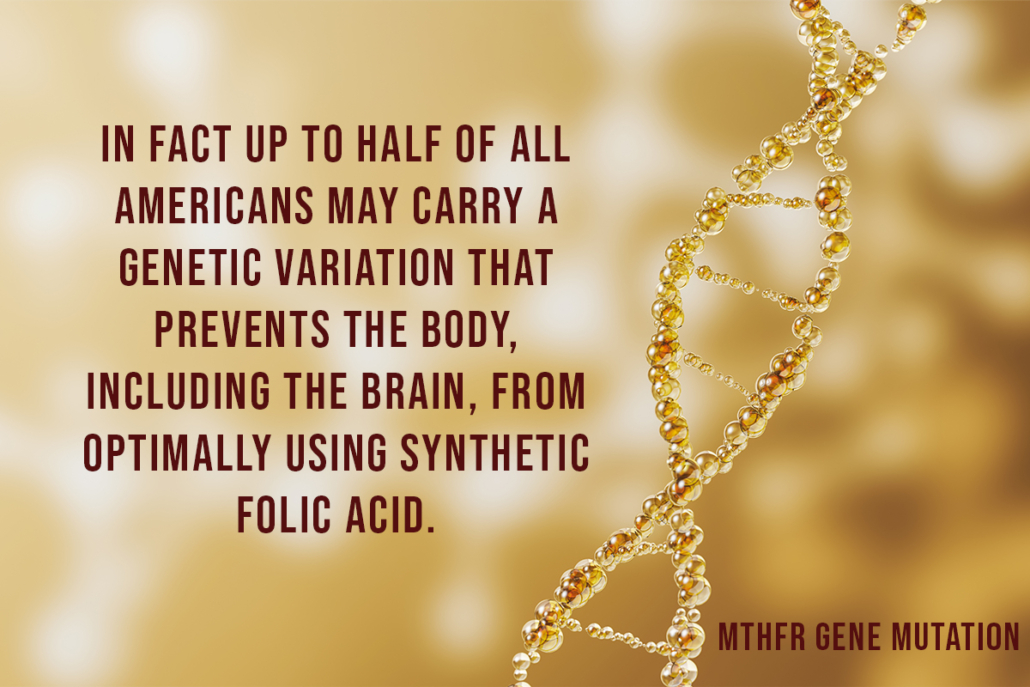 When you have the MTHFR gene mutation, your body is unable to properly break down homocysteine into methionine.

Most vitamin supplements use inferior hard to absorb synthetic folic acid, pyridoxine (vitamin B6) and cyanocobalamin (vitamin B12).

To avoid problems with methylation use multivitamins or vitamins supplements with pyridoxial-5-phosphate or P-5-P, methylated vitamin B12, and methylated folic acid (L-methyl-folate). These vitamins allow the toxic homocysteine to be converted into its proper end product, cysteine. Some individuals with stubborn homocysteine levels will need to add 250 to 500 mg of trimethylglycine (TMG) or betaine to their supplement therapy.

To avoid elevated homocysteine and increased risk of heart attack, stroke and other illneses, including one’s associated with fibromyalgia, brain fog, anxiety, depression, chronic muscle pain, and fatigue, make sure you’re using supplements with methylated folic acid, B12, and P-5-P. 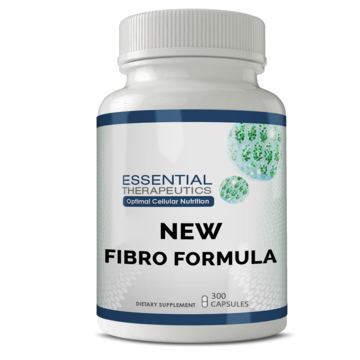 I recommend getting a blood test to see if your homocysteine levels are elevated. If they are make sure your taking a good optimal multivitamin like the Fibro Formula.

Are Your Vitamins Causing Pain, Fatigue, Or Other Unwanted Symptoms?

FREE Report – Drugs What You Should Know!
Scroll to top