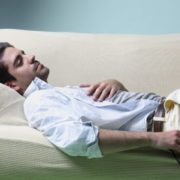 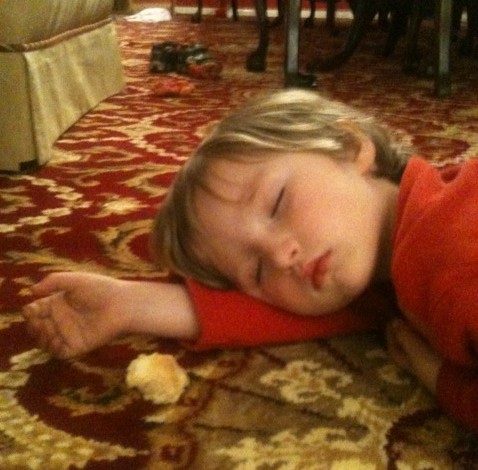 Poor sleep is a common challenge for those with fibromyalgia. It leads to numerous health issues including fatigue, pain, weight gain, anxiety, depression, and brain fog.

Those with fibromyalgia aren’t alone-at least 40 million Americans suffer from over 70 different sleep disorders and 60 percent of adults report having sleep problems a few nights a week or more. Most of those with these problems go undiagnosed and untreated. In addition, more than 40 percent of adults experience daytime sleepiness severe enough to interfere with their daily activities at least a few days each month – with 20 percent reporting problem sleepiness a few days a week or more. Furthermore, 69 percent of children experience one or more sleep problems a few nights or more during a week.

Between 1960 and 2010, the average night’s sleep for adults in the United States dropped to six and a half hours from more than eight. Some experts predict a continuing decline, thanks to distractions like e-mail, instant messaging and online shopping.

Sleep disorders and chronic sleep loss can put you at risk for:

According to some estimates, 90% of people with insomnia — a sleep disorder characterized by trouble falling and staying asleep — also have another health condition.

In the “Whitehall II Study,” British researchers looked at how sleep patterns affected the mortality of more than 10,000 British civil servants over two decades. The results, published in 2007, showed that those who had cut their sleep from seven to five hours, or less a night nearly doubled their risk of death from all causes. In particular, lack of sleep doubled the risk of death from cardiovascular disease.

The most common sleep disorder, insomnia, has the strongest link to depression. In a 2007 study of 10,000 people, those with insomnia were five times as likely to develop depression as those without. In fact, insomnia is often one of the first symptoms of depression.

Chronic sleep loss can lead to lackluster skin, fine lines, and dark circles under the eyes.

When you don’t get enough sleep, your body releases more of the stress hormone cortisol. In excess amounts, cortisol can break down skin collagen, the protein that keeps skin smooth and elastic.

Want to Lose Weight? Then Get a Good Night’s Sleep

When it comes to body weight, it may be that if you snooze, you lose. Lack of sleep seems to be related to an increase in hunger and appetite, and possibly to obesity. According to a 2004 study, people who sleep less than six hours a day were almost 30 percent more likely to become obese than those who slept seven to nine hours.

Not only does sleep loss appear to stimulate appetite. It also stimulates cravings for high-fat, high-carbohydrate foods. Ongoing studies are considering whether adequate sleep should be a standard part of weight loss programs.

Once Again Stress is the Culprit

Stress is the number one cause of short-term sleeping difficulties, according to sleep experts. Common triggers include school- or job-related pressures, a family or marriage problem and a serious illness or death in the family. Usually the sleep problem disappears when the stressful situation passes.

However, if short-term sleep problems such as insomnia aren’t managed properly from the beginning, they can persist long after the original stress has passed.

Drinking alcohol or beverages containing caffeine in the afternoon or evening, exercising close to bedtime, following an irregular morning and nighttime schedule, and working or doing other mentally intense activities right before or after getting into bed can disrupt sleep.

If you are among the 20 percent of employees in the United States who are shift workers, sleep may be particularly elusive. Shift work forces you to try to sleep when activities around you – and your own “biological rhythms” – signal you to be awake. One study shows that shift workers are two to five times more likely than employees with regular, daytime hours to fall asleep on the job.

Tips for a Good Night’s Sleep

According to leading sleep researchers, there are techniques to combat common sleep problems:

Stay tuned over the next 4 weeks I’ll be sharing more information on how to get a good night’s sleep. Until then, sweet dreams.

If you’re not sleeping like a baby each night, waking up refreshed, clear headed, and pain free then you need to call and get a

Doctors Are Typically Down On What Their Not Up On