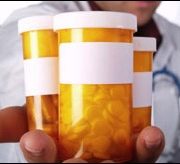 In the 19th century a young Hungarian doctor named Ignaz Semmelweis advocated that doctors wash their hands in between patients. Dr. Semmelweis found that by doing so the incidence of infectious disease was drastically reduced.
His peers called him a “quack, they ostracized him and continued to perform vaginal exams, surgeries and other medical therapies without washing between patients. It was believed at the time that bad air was the cause of childbed fever (puerperal sepsis).
In spite of the fact that Semmelweis was able to consistently demonstrate that mortality rates from childbed fever immediately declined from 18 percent to 1.3 percent, his peers clung to their beliefs. Not because they had ever been proven but because this is the way it had always been done. Because of their reluctance to change, even in the face of what we would all agree to an obvious and common sense approach to reducing the spread of disease, thousands of people died.
Semmelweis was eventually committed to an insane asylum where he died at age 42. It would take another 132 years before doctors would realize that sanitary precautions should be incorporated into daily practice procedures.
In 1928 Dr. Alexander Fleming discovered penicillin. His discovery was discussed the very next year in the British Journal of Experimental Pathology. Dr. Fleming was ignored by the medical community and it was not until some 15 years later that penicillin began to be used to treat bacterial infections. Why did it take so long?
Maurice Maeterlinck expressed it ever so well with his comment “Each progressive spirit is opposed by a thousand mediocre minds appointed to guard the past.”
Doctors are usually down on what they what they aren’t up on.
Could this be the main reason traditional doctors don’t acknowledge the potential health restoring abilities of nutritional therapy? Most likely it is. Of course it could be that they are brainwashed into believing that drug therapy is the only real philosophy with hard based science reviews. Either way, ignorance is ignorance!
Please know that doctors and drugs are the third leading cause of death in the United States. As reported in the Journal of American Medical Association, over 250,000 Americans die each year from medical therapies including at least 113,000 from the negative effects of prescription medications. Death from medical errors is now the third cause of death in the U.S. behind heart disease and cancer.
Although some what dated the study that appeared in two articles in the June 19, 2002 issue of The Journal of the American Medical Association (JAMA), Fletcher and Fairfield reviewed studies published between 1966 and 2002 that investigated the links between vitamin intake and diseases such as cancer and coronary heart disease. This article alone should have made traditional doctors take notice of the healing and preventative powers of supplements. 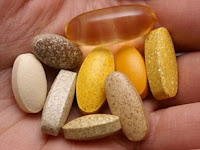 Folic Acid may cut the risk of certain cancers and heart disease.
Other vitamins, such as vitamin E, have been found to reduce cancer risk when consumed at recommended levels, and vitamin D plus calcium supplements have been shown to decrease the risks of bone loss and fracture in the elderly.
Fletcher pointed out that most Americans–except those who follow what he described as a “super-perfect” diet–likely do not get enough of certain vitamins in their diets and would benefit from multivitamins, as well.  A recent survey showed that only 20% to 30% of Americans consume at least five servings of fruits and vegetables per day, the recommended amount.
The evidence promoting the benefits of various vitamins is relatively new, Fletcher explained, so doctors may not yet be aware of it. Furthermore, vitamins are considered to be somewhat of an alternative therapy and some doctors have “this prejudice against anything that’s not very orthodox,” Fletcher stated.
As people age, they also become less able to absorb some vitamins from their diets, and research has suggested that people who drink alcohol may need extra folic acid.  In addition, Fletcher said, some physicians may not understand the importance of vitamin deficiency and may fail to recommend multivitamins.
Many so-called experts will tell you not to worry about taking vitamins if you are eating a balanced diet. Unfortunately, dieting alone can’t provide enough essential vitamins and minerals to promote optimal health. For instance, you would need to consume 5,000 calories per day (mostly fat) in order to get the recommend minimum (400 IU) of vitamin E, and 12,000 calories per day to get the minimum amount of chromium. Most of our foods are processed and, therefore, the nutrients have been leeched out of them. Could this be one of the reasons pre-senile dementia and Alzheimer’s disease have increased so dramatically over the last few decades?
Thousands of studies validate the benefits of taking a multivitamin/mineral formula on a daily basis. These studies have been reported in medical journals, popular newspapers and magazines. A good multivitamin/mineral formula offers a broad range of health benefits. Taking a daily multivitamin/mineral formula reduces the incidence of heart disease, heart attack, stroke, glaucoma, depression, macular degeneration, diabetes, senile dementia, and various cancers. 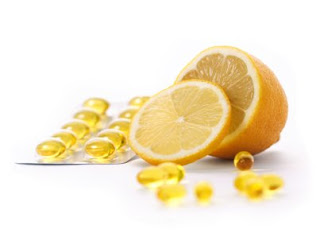 A Few Vitamin Facts
1. Multivitamin Use Is Associated With Lowering A Risk Factor For Cardiovascular Disease. A study published in the American Journal of Medicine states that an independent risk factor for cardiovascular disease, C-reactive protein (CRP), could be reduced by the intake of a multivitamin. An elevated CRP level found in one’s blood serum is associated with the risk of cardiovascular disease and diabetes.
Source: American Journal of Medicine, Volume 115, and Issue 9
2. Daily Multivitamin Use May Bring Significant Savings To Older Americans. According to this study, the daily use of a multivitamin by older adults could bring about more than $1.6 billion in Medicare savings over the next five years.
3. Slash Cancer Odds. Taking 200 micrograms of selenium daily for four and a half years cut cancer rate 42 percent and cancer deaths in half in a group of 1300 individuals. The incidence of colorectal cancer dropped 64 percent and prostate cancer an amazing 69 percent!  University of Arizona Study.
4. Prevent Alzheimer’s. Not a single elderly person who took separate doses of vitamin E (200-800 IU) or vitamin C (500-1000 mg) developed Alzheimer’s disease during a four-year double blind study. Chicago’s Rush Institute for Healthy Aging.
5. Boost Immune System. Taking 200 IU of natural vitamin E daily boosted immune functioning in older people. A supplement with only 60 mg of vitamin E daily did not improve immune functioning. Obviously, superior immune functioning lessens infections, possibly cancer and heart disease. Tufts University Study
6. Stop Heart Attacks. A daily dose of 400-800 IU of natural vitamin E cut subsequent heart attacks in men with heart problems by an astonishing 77 percent. Cambridge University, England.
7. Stop Strokes. High doses of B vitamins decreased the amount of plaque in carotid (neck) arteries by 10 percent during a four-year study. Blocked carotid arteries can cause strokes. Plaque increased by 50 percent in non-vitamin B takers. University of Toronto.
8. Prevent Fractures. Taking 500 mg of calcium and 700 IU of vitamin D daily for three years significantly cut the rate of bone loss and non-vertebral fractures in men and women older than age 65. Tufts University Study.
9. Save Vision. Women taking vitamin C supplements cut their risk of cataracts by 77 per cent. Tufts University and the National Institutes of Health.
10. Prolongs Life. Taking vitamin E and vitamin C (in higher doses than in a multivitamin) cut chances of death from all causes by 42 percent. Vitamin E users were 47 percent less apt to die of heart disease and 59 percent less likely to die of cancer. National Institute on Aging.
11. Help Decrease The Risk Of Stroke. According to researchers from Harvard, the long-term dietary intake of folate and vitamin B12 may help decrease the risk of ischemic stroke. Source: Stroke, Volume 35, 2004
12. Vitamin C Deficiency May Be Linked To Respiratory Disorders. In a two-year study, researchers found that vitamin C may prevent symptoms linked to airway diseases such as asthma, cystic fibrosis, and chronic obstructive pulmonary disease (COPD) Source: Proceedings of the National Academy of Sciences, Volume 101, Number 10, 2004
Almost as unacceptable as not recommending vitamin and mineral supplements is the recommendation of them based on the Recommended Daily Allowance (RDA). The RDA is the measured amount or dosage of nutrient per vitamin and minerals recommend. The RDA or as I call it the Recommended Disease Allowance, may keep you from getting Scurvy, but it certainly won’t stand- up to the many chronic diseases that continue to plague modern man.
The U.S. federal government sets these levels based on the “average adult.”  The “average person plan” assumes that you are an adult under 60 years old who is in good health, has normal digestion, isn’t overweight, leads a relatively stress-free life, has no medical problems, doesn’t take any medication, eats a balanced diet, and consumes 5 servings of fruits and vegetables each day. Needless to say, most of us don’t fit into the definition of the average person defined by RDA. In fact, most adult women don’t meet the RDA for zinc, Vitamin B, calcium, magnesium, and Vitamin E.  Likewise, most adult men don’t meet the RDA for zinc and magnesium. Fewer than 29% of people eat 5 fresh fruits and vegetables a day. Furthermore, 20% of the U.S. population doesn’t eat ANY fruits or vegetables at all!
The recommended daily allowance is some fifty years out of date. It was never intended to advance health, only to prevent malnutrition diseases like scurvy or rickets. Taking the minimum amount of a nutrient to prevent gross deficiency diseases doesn’t help those people who want to be truly healthy and not just be free of symptoms. 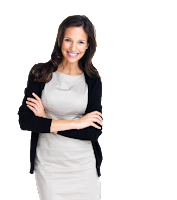 The RDA is inadequate if your goal is for prevention and or treatment of heart disease, cancer, cataracts, depression, senility, diabetes, arthritis and other age related disorders. For optimal health and well being, many health practitioners are recommending many times higher than the RDA on certain nutrients. It’s no secret, for the majority of the U.S. population the diet is poorly lacking in essential nutrients. Additionally, nearly all Americans are deficient even in the minimal RDA requirements, and are therefore exposed to premature death.
Taking an optimal daily allowance multivitamin/mineral formula is the best way to ensure you obtain and maintain optimal health.
The average medical doctor has less than 3 hours of nutrition while attending medical college. Our health as a nation would be better served if medical students received more hours in nutrition and prevention than in “drugs are the only thing to mention” mentality.
Questions? My staff loves to answer questions and help others help themselves get and stay healthy. Give us a call 205-879-2383.  www.DrRodgerMurphree.com
https://yourfibrodoctor.com/wp-content/uploads/2012/10/doc-hlding-pill-bottles.jpg 164 218 Dr. Rodger Murphree & Team https://yourfibrodoctor.com/wp-content/uploads/2018/08/YOUR-FIBRO-DOCTOR-LOGO-left.png Dr. Rodger Murphree & Team2012-10-04 16:00:002018-08-08 15:26:06Doctors Are Typically Down On What Their Not Up On
2 replies