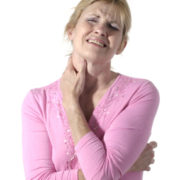 The term “fibro” was used to designate soft (or fibrous) tissue involvement and “myalgia” is Latin for “pain”.

Fibromyalgia was originally thought to be a rheumatologic condition because – like a disease such as rheumatoid arthritis – it is characterized by musculoskeletal pain. But research has since shown that there are no abnormalities in the musculoskeletal system in people with fibromyalgia. Instead, the problem appears to lie in the pain processing pathways of our central nervous system.
The term Fibromyalgia was created by rheumatologist Dr. Frederick Wolfe in 1984 to describe a condition affecting primarily women.
Of course if you’re subscribed to my free Health Matters newsletter, http://drmurphreesnewsletters.com, you read my article about how Dr. Wolfe now denies that fibromyalgia is a real disease-Sad but true.
Before 1990, no guidelines for evaluating and diagnosing fibromyalgia existed. To reduce misdiagnosis and confusion, the American College of Rheumatology (ACR) sponsored a multicenter study to develop these criteria; the results were published in 1990. In 1992, at the Second World Congress on Myofascial Pain and Fibromyalgia, the diagnostic criteria for fibromyalgia were expanded and refined.
Since rheumatologists were the first health specialty to promote and ratify the diagnostic criteria for fibromyalgia, they became the doctors of choice for seeing fibro patients. It didn’t matter that may at least early on had no idea what fibromyalgia was or how to treat it-unfortunately this is often the case today. Many rheumatologists won’t take any new fibro patients or are openly skeptical about the condition.
I believe rheumatologists are the worst possible doctors to manage a fibromyalgia patient’s case.
Why? There are several reasons – 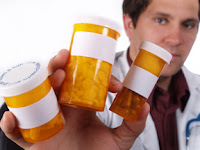 Because they deal in hard to treat autoimmune diseases, and see patients other doctors don’t want to see, Rheumatologists have a lengthy waiting list-may take 3 months to be seen.
A waiting list of patients can create a lack of empathy for the longwinded, hard to treat fibro patient who needs more than a five-minute office visit every 3 months. “Who cares if you come back I have plenty of other patients waiting in line to be seen.”
Rheumatologist are trained to use drugs, usually incredibly toxic drugs, Methotrexate, gold salts, Plaquenil, Enbrel, etc.
Here is the warning box info for Enbrel:
WARNING
SERIOUS INFECTIONS AND MALIGNANCIES
SERIOUS INFECTIONS.
Patients treated with Enbrel are at increased risk for developing serious infections that may lead to hospitalization or death.
Most patients who developed these infections were taking concomitant immunosuppressant’s such as methotrexate or corticosteroids.
Enbrel should be discontinued if a patient develops a serious infection or sepsis.
Reported infections include:
Active tuberculosis, including reactivation of latent tuberculosis. Patients with tuberculosis have frequently presented with disseminated or extrapulmonary disease. Patients should be tested for latent tuberculosis before Enbrel use and during therapy. Treatment for latent infection should be initiated prior to Enbrel use.
Invasive fungal infections, including histoplasmosis, coccidioidomycosis, candidiasis, aspergillosis, blastomycosis, and pneumocystosis. Patients with histoplasmosis or other invasive fungal infections may present with disseminated, rather than localized, disease. Antigen and antibody testing for histoplasmosis may be negative in some patients with active infection. Empiric anti-fungal therapy should be considered in patients at risk for invasive fungal infections who develop severe systemic illness.
Bacterial, viral, and other infections due to opportunistic pathogens.
The risks and benefits of treatment with Enbrel should be carefully considered prior to initiating therapy in patients with chronic or recurrent infection.
Patients should be closely monitored for the development of signs and symptoms of infection during and after treatment with Enbrel, including the possible development of tuberculosis in patients who tested negative for latent tuberculosis infection prior to initiating therapy.
MALIGNANCIES
Lymphoma and other malignancies, some fatal, have been reported in children and adolescent patients treated with TNF blockers, including Enbrel.
Scary huh?
The black box warning for Plaquenil is just as scary.
Immunosuppressive medications used by rheumatologists for autoimmune diseases are fraught with danger. That is the reason these drugs are used only by rheumatologists and not by internists, family physicians, or other medical specialists. Rheumatology is a medical specialty developed to prescribe and monitor the side effects of these high-risk medications.

The rheumatologists mentality has been conditioned over the years to continue prescribe more and stronger symptom suppressing drugs. This is a disastrous approach for fibromyalgia patients. Most fibro patients can’t tolerate drugs – they only make them worse. Drugs don’t make you healthy, they can be helpful but they don’t make you healthy. The only way to reverse fibromyalgia is to get healthy!
Using an atomic bomb like Enbrel or Plaquenil to treat fibromyalgia symptoms is not only stupid, it is incredibly dangerous!
Traditional medicine and drug therapy is a dead end for fibro patients. You can read my past blog Traditional Medicine Fails Fibro below or even better:
You can listen to my past First Week of the Month Fibromyalgia Teleconference recordings here:
/media-center/
My fibro blog- Traditional Medicine Fails Fibromyalgia
http://treatingandbeatingfibroblog.blogspot.com/2010/12/traditional-medicine-offers-little-for.html
https://yourfibrodoctor.com/wp-content/uploads/2012/10/woman-with-neck-pain.jpg 420 286 Dr. Rodger Murphree & Team https://yourfibrodoctor.com/wp-content/uploads/2018/08/YOUR-FIBRO-DOCTOR-LOGO-left.png Dr. Rodger Murphree & Team2012-10-02 16:00:002018-08-08 15:26:07Fibromyalgia Poorly Served By Drug Happy Rheumatologists
8 replies

One of The Stupidest Things Ever –