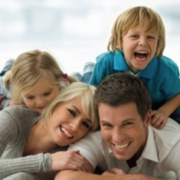 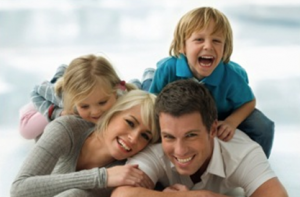 Last week I had a mom bring in her son who has been diagnosed as ADHD. He is an adorable 10-year old kid, smart, outgoing, with great manners. His mom said she was being pressured to get Andrew on Ritalin – his teachers complain he doesn’t keep up in class, daydreams, talks out of turn, has a tendency to be a little loud in the halls, has trouble remembering his lessons, etc.  Sounds like a lot kids you know right?

Several years ago I used treat a lot of ADHD kids, but fibromyalgia patients are my passion. Eventually my practice became so busy I couldn’t accept any ADHD patients.  However, over the years I still get parents or adults with ADHD ask me what is the best all natural way to correct ADHD?

I believe a good multivitamin along with the appropriate amino acids combined with a good clean diet (no sweets or junk foods), and proper sleep hygiene can make a world of difference.  The challenge is getting kids and parents to stick with the right diet and supplements.

And there isn’t usually a lot of time-most patients and parents are under the gun to get their kids behavior and grades under control ASAP! The pressure can be too much for most and they give in to drug therapy.  Parents are nervous about getting their kids on drugs and rightly so, but often feel so pressured that they give in to teachers or counselors who brow beat them down. No parent wants to have their child on a potentially dangerous drug but “what should I do?”

Unfortunately ADHD drugs are very dangerous and aren’t something to use lightly in a young or adolescent child.  I still believe in changing diet and supplementation but now encourage folks to work with a technology that has turned many of my young patients around rather quickly.

If you or a family member is suffering with ADHD, then I encourage you to check out the program below

Their program makes much more sense-rather than covering up symptoms with dangerous drugs, these doctors actually use modern technology to correct the brain patterns-correct the cause, without drugs.

What You Should Know About ADHD 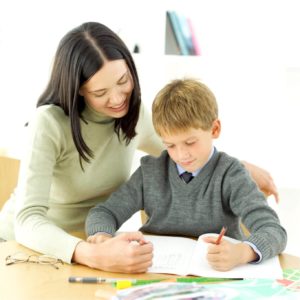 Attention deficit hyperactivity disorder (ADHD) is a neurobehavioral disorder characterized by pervasive inattention and/or hyperactivity with impulsivity. The Centers for Disease Control (CDC) estimates 4.4 million youth, ages 4-17, have been diagnosed with ADHD and, as of 2006, some 5 million youth, ages 4-17, are currently receiving medication for the disorder. ADHD is diagnosed approximately three times more often in boys than in girls.

And, while we don’t know the definitive cause, ADHD seems to be associated with a deficiency or malfunction in the brain chemicals known as neurotransmitters.  Neurotransmitters help coordinate thought, action, moods, and over-all well-being.  There is some evidence that people with ADHD do not produce adequate quantities of certain neurotransmitters, including dopamine, norepinephrine, and serotonin. Research further suggests that there may be fewer connections between the brain cells.

And there may even be a deficit in the amount of myelin (insulating material) produced by brain cells in children with ADHD. This of course would further impair brain cell communication already impeded by decreased neurotransmitter levels.    Some evidence, although debated, shows that patients with ADHD demonstrate a decreased blood flow to those areas of the brain in which “self monitoring,” including impulse control, is based. 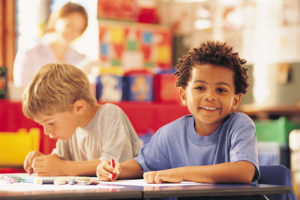 Traditional medicine advocates the use of stimulant medications for the treatment of ADHD. These medications, which include Aderrall (detroamphetamine) and Ritalin (methylphenidate), are also known as amphetamines.

Amphetamines exert their effects by binding to the monoamine transporters and increasing the extra-cellular levels of the neurotransmitters serotonin, norepinephrine, and especially, dopamine. Dopamine exerts a calming or focused effect on people who have ADHD. It enhances signaling between nerve cells that are involved in task-specific activities and also decreases stimulatory “noise.”

Spending on ADHD drugs soared from $759 million in 2000 to $3.1 billion in 2004, according to IMS Health, a pharmaceutical information and consulting firm.  The number continues to go up year after year, soaring ever higher.

The United States uses approximately 90% of the world’s Ritalin.

The International Narcotics Control Board (INCB), an agency of the World Health Organization, deplored that “10 to 12 percent of all boys between the ages 6 and 14 in the United States have been diagnosed as having ADD and are being treated with Ritalin.”

With 53 million children enrolled in school, probably more than 5 million are now taking stimulant drugs. The number of children on these drugs has continued to escalate. A recent study in Virginia indicated that up to 20% of white boys in the fifth grade were receiving stimulant drugs.

While stimulant drugs may be effective at alleviating core ADHD symptoms (such as inattention, hyperactivity, or impulsivity), it comes at a price. The potential side effects are numerous and sobering:

“We have become the only country in the world where children are prescribed such a vast quantity of stimulants that share virtually the same properties as cocaine,” says Gene R. Haislip, U.S. Drug Enforcement Administration.

The FDA’s Canadian counterpart, Health Canada, yanked the ADHD drug Adderall XR from the market for six months in response to reports of 20 sudden deaths and 12 strokes in adults and children using the drug.

Alarmingly, a recent report in the Journal of the American Medical Association has demonstrated a three-fold increase in the prescription of stimulants to 2-4 year old toddlers.

Spending on drugs primarily used to treat attention deficit hyperactivity disorder (ADHD) surged 369 percent for children 5 years old or younger. Utilization in preschoolers was up 49 percent from 2000 to 2003.  When we are reduced to using mind-numbing, health-robbing drugs on 2 year olds, something is definitely wrong. I find it ironic that the government spends millions of tax dollars each year advocating a “just say no to drugs” campaign. 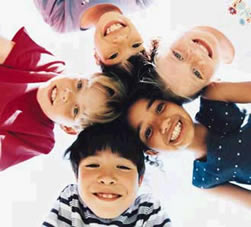 Yet, every day millions of our children are lining up at the school nursing station to receive their daily dose of speed.

This whole idea of treating symptoms while poisoning the patient seems ludicrous to me. Surely, there is a better way? Fortunately, there is:  www.TreatingandBeatingADHD.com

What is Your “Why”

To Reverse Your Fibro You Must Do This
Scroll to top