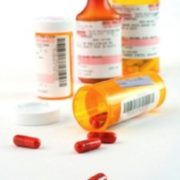 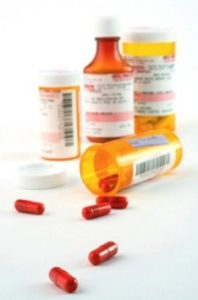 A new study evaluating two drugs commonly prescribed for fibromyalgia, Cymbalta and Savella, shows that these drugs are often more harmful than helpful.

Among fibromyalgia patients taking either of two commonly prescribed drugs to reduce pain, 22 percent report substantial improvement while 21 percent had to quit the regimen due to unpleasant side effects, according to a new review in The Cochrane Library.

The authors reviewed 10 high-quality studies comprising more than 6,000 adults who received either duloxetine, milnacipran, or a placebo for up to six months. A substantial majority of study participants were middle-aged, white women.

“This is a very important study,” says Fred Wolfe, M.D. of the National Data Bank for Rheumatic Diseases. “There’s an enormous amount of advertising suggesting that these drugs really help, whereas the research data show that the improvement is really minimal.”

Treatment with drugs alone “should be discouraged,” the reviewers added. Instead, the review authors recommend a multi-faceted treatment approach including medications for those who find them helpful, exercises to improve mobility and psychological counseling to improve coping skills.

I applaud the author’s recommendations. However I have issues-suggesting  psychological counseling sends up red flags and is often interpreted by others to mean that illness may all be in their head-lazy, crazy, or a hypochondriac. Nothing could be further from the truth and I’d suggest this recommendation does more harm than good.

Suggesting exercise to a fibro patient, especially those with severe fibro symptoms, only causes flares, more pain, and fatigue.

The only way to reverse fibromyalgia is for the patient to get healthy, drugs don’t make you healthy and counseling and exercise, can be helpful, they merely scratch the surface of the problem. Learning to cope with chronic pain or become more limber have their place, but offer little in the way of correcting the cause(s) associated with fibromyalgia.

“The medical field does poorly with the treatment of fibromyalgia in general,” says Brian Walitt, M.D., M.P.H., a co-author of the review and an expert in pain syndromes at Washington Hospital Center in Washington, D.C. “Chasing [a cure] with medicine doesn’t seem to work.

The people who seem to me to do best sort of figure it out on their own by thinking about things, getting to know themselves, and making changes in their lives to accommodate who they’ve become,” concludes Walitt.

Thank you Dr. Walitt, I couldn’t agree more. Traditional medicine alone is a dead end for fibromyalgia. You can cover up symptoms, which ignore the cause(s) of fibro, with drugs, but this approach is doomed from the start, yields little long-term relief, and will never reverse the illness.

The challenge for most fibro patients is that they are often still trapped in the mindset that traditional medicine has a pill or pills that will “cure” their illness. Patients often go from one doctor to the next in their quest to find a doctor who believes fibro exists, will listen, and who will recommend a new drug to “fix them.” This approach is futile because drugs alone don’t work and often lead to more health problems.

You can read more about what I have to say about Cymbalta and Savella at the link below:

If you’re ready to get healthy, feel good again, then take the first proactive step and call and schedule a 7 brief phone or in clinic fibromyalgia consult 205-879-2383.

Interviews excerpts were taken from CFAH and the full article can be read at the following link. http://www.cfah.org/hbns/2013/drugs-to-treat-fibromyalgia-just-as-likely-to-harm-as-help-#.UQv5lKU1ZFI

Inflammation and Heart Disease Putting It All Together
Scroll to top