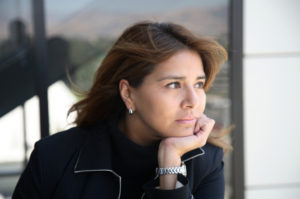 UTIs are more common in women who are sexually active, people with diabetes, and people with sickle-cell disease or anatomical malformations of the urinary tract, as well as those with a lowered, stressed out immune system. Women are more prone to UTIs than males, since a women’s urethra is much shorter and closer to the anus than a man’s. This is why proper hygiene is so important in females.

Symptoms and signs include painful, hesitant, frequent urination and high temperature lasting for more than three days. Nausea and vomiting along with pain and temperature may indicate a more complicated UTI, in which a kidney is infected. Some urinary tract infections are asymptomatic. Others may have quite dramatic symptoms including confusion and associated falls, which are common for elderly patients with UTI who show up at the emergency room.

The diagnosis of UTI is confirmed by a urine culture. A negative urine culture suggests the presence of other illness, such as chlamydia or gonorrhea. You can self-test by using a urine test strip kit, available over the counter, at most pharmacies throughout North America. If you test positive you can consult or doctor or if mild, use one of the natural remedies I recommend below.

Common organisms that cause UTIs include E. coli and S. saprophyticus. Less common organisms include P. mirabilis, K. pneumoniae, and Enterococcus spp.  Over 90% of UTIs are caused by E. coli. This bacteria is normally found in everyone’s gut and, with the exception of a few rare dangerous forms, it is a healthy part of our normal bowel bacteria. The problems begins when E. coli escapes the bowel and enters the bladder. The bladder is able to remove most infections through the process of urination, but E. coli are quite resilient and able to use projections to help them stick to the bladder wall.

Most uncomplicated UTIs can be easily treated with oral antibiotics such as trimethoprim, cephalosporins, Macrodantin, or a fluoroquinolone (such as ciprofloxacin or levofloxacin).  Symptoms consistent with pyelonephritis, a serious kidney infection,  may call for intravenous antibiotics.

Patients with recurrent UTIs may need further investigation such as ultrasound scans of the kidneys and bladder or intravenous urography (X-rays of the urinary system following injection of contrast material).  Often, long courses of low-dose antibiotics are prescribed to help prevent otherwise unexplained cases of recurring UTI. This of course can lead to other problems, including yeast overgrowth.

Taking antibiotics will usually kill the bacteria that is causing a bladder infection, but will also kill the healthy “good bacteria” in your body. Always combat this side effect of antibiotics by taking probiotics along with them, 12 hours apart from each other and take them daily for at least one month after using antibiotic therapy. 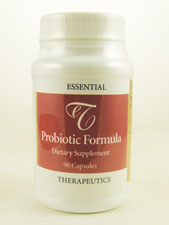 Another option, one I prefer, is to try natural remedies before resorting to antibiotic therapy. If the symptoms don’t clear up within a couple days, then you can always start antibiotic therapy then.  Natural therapies can also be used while you’re waiting for your tests results to confirm a UTI.

Cranberry juice can end a UTI. In addition to acidifying urine, cranberries contain substances that inhibit bacteria from attaching to the bladder lining and, as such, promote the flushing out of bacteria with the urine stream. Dosage is one to two cups of pure cranberry juice (no sugar added) or 2–4 cranberry capsules (standardized to 11%–12% quinic acid) a day for 1–2 weeks. This may well be all you need to eliminate a UTI.

D-mannose is a naturally occurring sugar similar in structure to glucose but metabolized differently. (Because the body metabolizes only small amounts of D-mannose and excretes the rest in the urine, it doesn’t interfere with blood-sugar regulation, even in diabetics.) Though D-mannose doesn’t kill bacteria, it prevents bacteria from attaching to the bladder wall.  D-mannose is safe, even for long-term use, although most people will only need it for a few days. Those who have frequent recurrent bladder infections may choose to take it on a daily basis. I’ve found it to be the best option for stubborn, chronic UTIs

You can learn more about natural ways to reduce or eliminate the symptoms of chronic pain, fatigue, poor sleep, low moods, and brain fog in my, Treating and Beating Fibromyalgia and Chronic Fatigue Syndrome book.

Stay Tuned for Some Exciting News!

In the next few weeks I’ll be announcing a new opportunity that will help thousands of fibromyalgia and CFS/ME patients become better informed, prepared and in the driver’s seat to reverse their poor health.

After specializing in fibromyalgia and CFS/ME for almost 14 years, I’ve learned what does and doesn’t work.

I’ve also learned that for many, paying out of pocket for natural, functional medicine (read not covered by insurance/Medicare/Medicaid) can be a real challenge.

In the next few weeks I’ll be sharing a program, one that will allow most anyone, who truly wants to reverse their fibro symptoms, no matter their financial situation, to do so.

Fibro Mind Mush – Are You Losing Your Mind