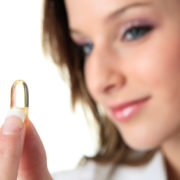 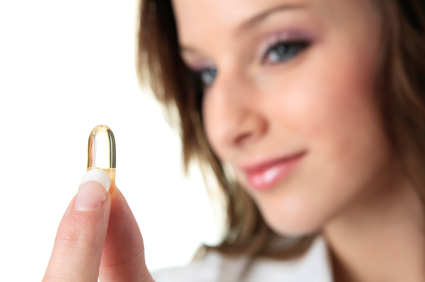 Understanding the function of fatty acids (essential and nonessential), as well as other fats and vital nutrients can be a bit overwhelming and confusing.  We hear mostly about omega 3 (fish oil) and omega-6, which are polyunsaturated fatty acids.  Our bodies cannot make these fatty acids on their own, and we can only get them through diet and supplementation. The typical American diet consists of much more omega-6 (vegetable oils) than it does omega-3 (oily fish like salmon and mackerel, as well as nuts and some meats).  This creates a significant imbalance between the two, so omega-3 is the one we need to focus on restoring.

Research has shown us that omega-3 fatty acids are essential to proper brain functioning, as well as growth and development of young children.  In fact, nearly all children on a typical American diet are deficient in omega-3 and many suffer cognitive dysfunction as a result, including ADD/ADHD.  Increasing omega-3 fatty acids by giving children and teens a quality multivitamin with plenty of fish oil has been shown to reduce hyperactivity in kids with ADHD.  Additionally, omega-3 fatty acids help to reduce inflammation and prevent heart disease and some cancers, treat depression, as well a treat inflammatory pain conditions such as arthritis, IBS, and even fibromyalgia.

Do those symptoms sound familiar?  They are often the most obvious symptoms in patients suffering from chronic pain syndromes that are difficult to diagnose and treat, like fibromyalgia.  Most of your symptoms are due to a deficiency of one essential nutrient or another, and essential fatty acids are near the top of that list.

One recent small-scale study looking at 12 fibromyalgia patients found that 1500 mg per day of omega-3 FA’s (EPA+DHA, which is both omega-3 and omega-6) improved tender point pain counts, reduced fatigue levels, and less muscle tightness.  It was even found to lower total cholesterol levels.  How it treats pain, especially neuropathic pain associated with fibromyalgia and other inflammatory pain conditions, is that omega-3 FA’s work to reduce pro-inflammatory markers. 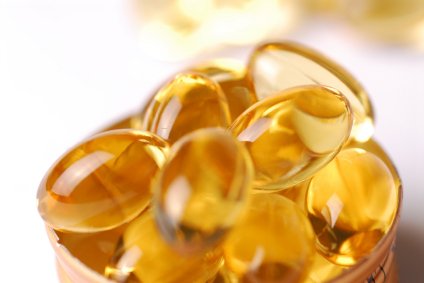 I will note here that inflammation is not always the cause of pain, so there might be a little bit of confusion as to how fish oil can help with your pain.  The answer is in a recent study that came out of Canada, which found that the reduction of pro-inflammatory markers was not the only thing these fatty acids can do, but that it was also reducing the pain-producing cytokines that come out of white blood cells, which are thought to be what actually causes the pain in fibromyalgia.  This would explain why many OTC and prescription anti-inflammatories and analgesics do not work.

I recommend taking 2 grams of omega-3 fish oil per day.  If the aftertaste is too much to stomach, freeze the capsules and take with food.

This is a good dosage to start with for general purposes of treating pain, heart disease, and other fibro symptoms, but it is also especially good for the treatment of depression, a very common problem in chronic pain patients.  The benefit omega-3 offers with improvement in regulation of moods is profound.  Additionally, higher doses of omega-3 have been shown to smooth out the frequent mood swings associated with bipolar disorder.  Depression and other psychiatric conditions like bipolar are caused primarily by an imbalance of brain chemicals such as serotonin, dopamine, and norepinephrine. These neurotransmitters have a massive job of keeping the body functioning properly, not just mood regulation, so when they are imbalanced or irregular, it snowballs into a huge laundry list of problems.

Research from the late 1990’s found that those with depression had lower levels of omega-3’s in their blood levels.  Omega-3’s help make up the membrane of the cells, and a deficiency could “soften” these membranes, making it difficult for them to transport chemicals, like serotonin, throughout the body.  By increasing this essential fatty acid, serotonin can pass through these cell membranes much easier and be transported much more efficiently.

This is not to say that omega-3 will fix all your pain and mood problems on its own; the studies were done on patients who were on a strict medication regimen.

Our goal here is to find the imbalance that is causing your symptoms and work to rebuild those deficiencies so that in the future, you could possibly remove some prescription medications that are not helpful or causing you more problems.

If you have further questions or concerns, I host a FREE call-in conference each week, where I will answer one-on-one questions for people who are looking for alternative ways to treat their condition.  Join me this Tuesday at 8 p.m. EST, 7 p.m. CST, 6 p.m., and 5 p.m. PST.

Is Fibromyalgia Due to a Neurontin or Lyrica Deficiency