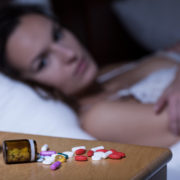 Because you have an illness that’s hard to diagnose, it’s not unusual to see several doctors, over several years before finally getting diagnosed with fibromyalgia.

Sadly, but understandable, you’re happy to finally get “a diagnosis.” At least now you know you aren’t lazy, crazy, or a hypochondriac-you do in fact, have a real illness.

This is a mixed blessing.

For the most part, conventional medicine focuses on treating symptoms, not causes.

Those with fibromyalgia normally have NUMEROUS symptoms. Covering up each symptom, poor sleep, pain, depression, fatigue, IBS, RLS, etc. requires more and more drugs. Eventually patients wind up taking half a dozen or more drugs. A drug to put them to sleep a drug to wake them up, drugs, drugs, and more drugs.

Covering up symptoms often leads to more symptoms, otherwise known as side effects…

Mary gets diagnosed with fibromyalgia.

Because she’s depleted her stress coping chemicals stress is magnified. She feels “stressed” and overwhelmed and at times, even anxious. Her doctor recommends she take something for her “nerves,” to calm her down, to help her sleep.

It is common practice for doctors to recommend anxiety pills to women in general and especially those with fibromyalgia.

But these drugs often cause more problems than good. I’m not anti drug but no one has an antianxiety deficiency. Learning where the happy hormones or neurotransmitters come from allows you to use the raw ingredients (the gasoline) that make these hormones rather than a gasoline additive.

Using amino acids is certainly safer than drug therapy.  It works just as well most of the time, and costs pennies compared to their drug counter parts.

A mind boggling 40% of adults, 60 or older experience drug-induced tics or tardive dyskinesia (tremors or uncontrollable shakes) from taking a benzodiazepine drug. Sadly, for many, these tremors are permanent. Over 61,000 older adults have developed Parkinson’s disease from using antipsychotic drugs (benzodiazepines and antidepressants).  The crippling side effects and addictive nature of these drugs has been known for at least 40 years, yet doctors continue prescribe them at an ever-increasing rate.

Surveys show that over 5.6 million adults over the age of 65 are now taking benzodiazepines.

A mouth dropping 50% of all women 60 and older will be prescribed a benzodiazepine drug. And since addiction often occurs within 2 to 4 weeks of starting these drugs, the majority of folks are now dependent on these drugs. Tolerance to the hypnotic (sleep) effects of these drugs may occur within one week.

Symptoms of tolerance are identical to drug withdrawal symptoms and may include anxiety, panic, severe insomnia, muscle pain and stiffness, depression, suicidal thoughts, rage, heart and lung problems, and agoraphobia (extreme fear of public or crowded spaces). Tragically, only 10 to 30% are able to successfully stop taking these drugs, most are addicted for life.

Nutrient Deficiencies Cause Anxiety and Depression 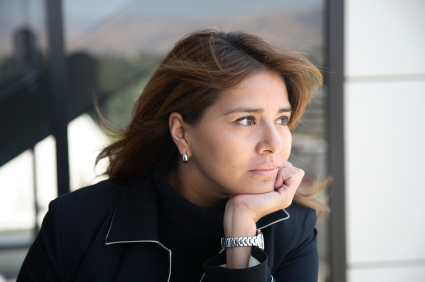 A deficiency in any of these nutrients can cause an assortment of health related illnesses, especially mood and sleep disorders-5HTP, tryptophan, GABA, SAMe, B vitamins, magnesium…

Benzodiazepines work by increasing the effectiveness of GABA. But, as we’ve learned these drugs have potentially lethal side effects.

Instead of using a GABA additive loaded with potentially dangerous side effects (prescription anti-anxiety medication), why not use an over-the-counter GABA or 5HTP supplement to reduce anxiety, stress, or help with sleep? Both work rather quickly, have few side effects, and can be found at the local health food store. Usually only a small dose of GABA is needed, 500–1,000 mg. taken twice daily on an empty stomach. The brain doesn’t readily absorb GABA, but another amino acid known as L-theanine, can boost GABA levels.

I often recommend L-theanine, an amino acid found in green tea. It has a calming effect on the brain. For anxiety related disorders the usual dose is 50-100mg taken on an empty stomach, two to three times daily. Research with human volunteers has demonstrated that L-theanine creates its relaxing effect in approximately 30 to 40 minutes after ingestion.

Supplementing with the supplement 5-hydroxytrryptophan (5HTP), a form of the amino acid tryptophan, helps raise serotonin levels. Studies show that 5HTP is as effective in normalizing moods as antidepressant drugs. 5HTP also boosts melatonin levels by 200 percent. The recommended dose is 100mg three times a day.

Amino acid therapy offers a safe and effective way to reduce anxiety-without the numerous side effects associated with benzodiazepines.

I find that the majority of the drugs my patients are taking are doing little, if any good, and are often contributing to, or causing more problems.

After treating fibromyalgia for almost two decades I’ve learned that the only way to reverse the symptoms of fibromyalgia is to find and fix the problems. Covering up symptoms, especially when there are so many, is usually a dead end.

Is Irritable Bowel Syndrome a Disease or a Symptom?
Scroll to top