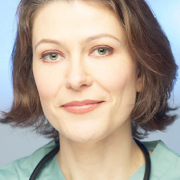 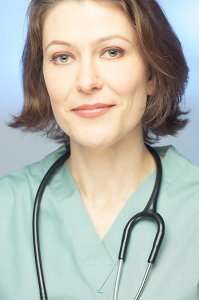 There is constant ongoing research in the diagnosis and treatment of fibromyalgia.  The American College of Rheumatology (ACR) first developed classification criteria back in 1990 to try to narrow down the often vague and widespread symptoms of fibromyalgia.  The criteria were re-done in 2010, but these criteria showed significantly less people with fibromyalgia than the 1990 classifications.  Therefore, modified ACR diagnostic criteria were developed to help determine symptoms.

These findings suggest that the increase in fibromyalgia diagnoses with the modified 2010 criteria is due to the application of different classification sets, with fundamental differences in population in terms of gender ratio and pre-existing rheumatologic conditions.

Gareth T. Jones, PhD, a researcher at the University of Aberdeen in Scotland, compared all three sets of the ACR classification criteria.  He used a general population sample of adults in Scotland only.  There were 1604 respondents to the questionnaires, which asked primarily about symptoms, pain severity, as well as any rheumatologic diagnoses that may have been given to them based on these symptoms.  Of these 1604 participants, 104 of 269 people who reported chronic widespread pain as outlined by the 1990 and modified 2010 ACR criteria for fibromyalgia diagnosis accepted an invitation to be a part of the clinical study at a research clinic. 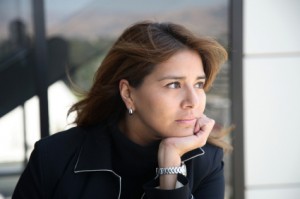 Of course, we know that fibromyalgia is more prevalent in women compared to men, and this study showed that as well.  Those who met the 1990 criteria were mostly female with a ratio of 13.7 to 1 female to male ratio.  That ratio was lower in the 2010 criteria at 4.8 to 1, and even lower using the modified 2010 criteria at 2.3 to 1.

About 55% of the participants who met the 1990 classification criteria also had prior rheumatologic diagnoses such as arthritis.  Only 28% of those in the original 2010 criteria set reported a rheumatologic diagnosis, and 45% of those in the modified 2010 criteria set had a prior diagnosis.  All the participants in the ACR modified 2010 criteria scored high on the Widespread Pain Index instead of the Symptom Severity Scale, two major surveys used to help physicians diagnose fibromyalgia.

The specific criteria in the original 2010 set was almost “perfect,” with 92 of 93 participants not meeting fibromyalgia criteria, even though they clearly had widespread pain conditions and other traditional fibromyalgia symptoms.

The sensitivity of the original 2010 set, however, was hardly over 50%, which means that just over half the participants who were positive in 1990 criteria were correctly identified in this set of criteria.  The modified 2010 criteria had improved sensitivity; however, participants suffered from decreased specificity in diagnosis, which means that fewer participants negative for fibromyalgia in 1990 were correctly identified in this version.

This can seem a bit confusing at first, but what it means is that this new criteria for diagnosing fibromyalgia is going to widen the perspective and possibly reduce the number of doctors telling patients things like “it’s all in your head.”  Considering somatic complaints can be both helpful and destructive because each patient experiences pain differently.

Before confirming the modified 2010 criteria, the researchers are urging ACR to consider the idea that the new set of criteria identifies a completely different patient group compared to the older 1990 version.  The modified 2010 criteria are heavily influenced by somatic symptoms rather than actual pain as judged clinically by a physician.  Using any new criteria, however, must be unambiguous so that the diagnosis is more accurate.  This is not currently the case, because in each of the sets of classification criteria, there are limitations.

The Urinary Tract and Fibromyalgia

What Determines a Diagnosis of Chronic Fatigue Syndrome?
Scroll to top