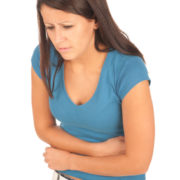 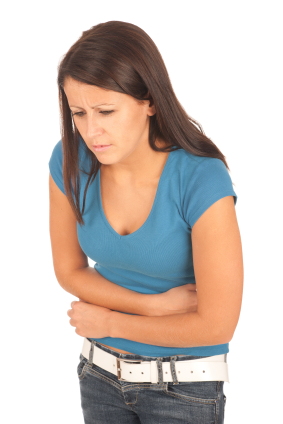 As most of you already know, fibromyalgia is an exceedingly complicated disorder with a long list of symptoms that involve nearly every system in the body. The urinary system is no exception. Urinary tract infections (UTIs) and disorders are yet another piece of the puzzle that may need to solve in order to get you feeling better. In fact, about 25% of my fibromyalgia patients have chronic urinary tract infections or interstitial cystitis (painful bladder syndrome). Many also have problems with incontinence (inability to hold urine) and urinary retention (inability to pass urine). It is more common, however, that people with these chronic conditions will suffer from UTIs.

Chronic UTIs are common in sexually active women, people with sickle cell disease, those with anatomical abnormalities of the urinary tract, and people with diabetes. Women are much more prone to get a UTI than men because the urethra is much shorter and closer to the anus. This is one of the reasons why proper hygiene is important in females.

Signs and symptoms of UTI include painful, hesitant, frequent urination along with fever lasting for more than three days.

Nausea and vomiting with pain and fever may indicate a more complex UTI, where the kidney is involved. Some urinary tract infections do not show any symptoms. Some others may have quite severe symptoms like falls and confusion, which are more common in elderly patients with UTI.

A UTI can be diagnosed by sending a culture of the urine.  If there are symptoms and you have a negative culture, then there is likely another illness involved like gonorrhea or Chlamydia.

Some of the more common organisms found on cultures are E. coli and S. saprophyticus. More than 90% are caused by E. coli, which is normally found in the gut anyway.  However, there are a few rare dangerous forms of E. coli, which is what causes the infection. When E. coli escapes the bowel and goes into the bladder is when the problem occurs. E. coli is exceptionally resilient to the bladder’s attempt at killing off the bacteria because it is sophisticated in that it uses projections to help stick itself to the wall of the bladder.

How to prevent a UTI

Fortunately, there are plenty of ways to prevent a UTI.

In uncomplicated cases, oral antibiotics for uti treatment are trimethoprim, cephalosporin, Macrodantin, or a fluoroquinolone such as iprofloxacin or levofloxacin. However, if you have symptoms of a serious kidney infection, you may need intravenous antibiotics. If you have recurrent UTIs, it may be worthwhile to get an ultrasound of the kidneys and bladder or an intravenous urography (x-ray of the urinary tract with IV contrast dye). Sometimes, a long course of low-dose antibiotics is used to help prevent recurrent UTI.

While taking antibiotics will kill the bacteria causing the infection, it will also kill off the good bacteria. You should always take a probiotic when you are on antibiotics to avoid this.

As I have said before, I am not completely against conventional medicine, but I generally lean more towards natural treatments. I always suggest using natural remedies and home remedies for uti before going right to antibiotics. If symptoms do not clear up or get worse within a few days, then antibiotics may be more appropriate. The best part of natural remedies is that they can be used while you are taking antibiotics or waiting for test results to confirm UTI.

If you have any questions regarding this post, or any others on my site, I host a FREE call-in conference each week, where I will answer one-on-one questions for people who are looking for alternative treatment methods or have any questions about my posts and recommendations. Join me this Tuesday at 8 p.m. EST, 7 p.m. CST, 6:00 p.m., and 5:00 p.m. PST.

Changing the Criteria for Fibromyalgia Diagnosis
Scroll to top