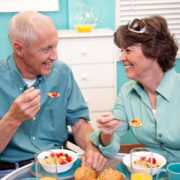 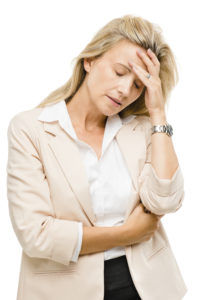 Low blood sugar, also known as hypoglycemia, is notorious for exacerbating fibromyalgia symptoms such as headaches, fibro fog, excess fatigue, and depression.  Dozens of studies have already shown that those with depression have insufficient glucose-insulin regulation.  Further studies showed that there was a relationship between hypoglycemia and “fibro fog,” which is decreased mental acuity that happens as a result of fibromyalgia symptoms and deficiencies.

If course those with fibromyalgia are all to aware of how they can ups and downs in their mental clarity and physical energy. It is not unusual to have “energy and brain crashes.” This is of course the nature of fibromyalgia. However, for many the faulty thinking and energy lows are more to do with low blood sugar than just run of the mill fibro fog or fatigue.

Faulty metabolism of carbohydrates is what causes the symptoms of hypoglycemia. The healthy body maintains sugar levels on its own normally, albeit in a narrow range.  This is done through a coordinated effort between hormones and the glands that produce them.

If glucagon (made from glucose), insulin (made in the pancreas), and other hormones are imbalanced, then hypoglycemia becomes the result.  This not only exacerbates fibromyalgia and CFS symptoms, but can produce other serious effects such as dizziness, weakness, trembling, headaches, irritability, shakiness, and anxiety. More severe symptoms include poor coordination of movement, mouth and tongue numbness, fainting, nightmares, and coma.  Naturally, these additional symptoms can be worsened and accelerated in those with already-faulty and deficient systems.

Glucose and insulin imbalance is the result of consuming too many simple sugars/carbohydrates,  like white flour, processed/packaged foods, sodas, fruit juice, high-sugar fruits, table sugar, and many more.

You can learn more about what you should and shouldn’t eat along with more about  the ill effects of simple sugars in my Treating and Beating Fibromyalgia and Chronic Fatigue Syndrome book.   www.getfibrobooks.com

Low adrenal function, known as adrenal fatigue is one of the main causes of low blood sugar and notoriously part of the common symptoms in fibromyalgia. You can learn more about adrenal fatigue in my book as well as visiting the health conditions section of my www.treatingandbeating.com site.

Excess secretion of insulin from the pancreas leads to glucose intolerance, which is then followed by insulin sensitivity, obesity, hypertension, high cholesterol, and type 2 diabetes (or syndrome X, which is the precursor to diabetes).

Fortunately, there are easy ways to avoid hypoglycemia. 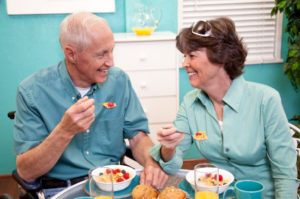 Breakfast should be eaten every day within an hour of waking up, no excuses.  Your cortisol levels are highest around 8 a.m., and this may lead to you not feeling hungry in the morning.  It’s the body’s attempt to keep those levels high for as long as possible.  Low adrenal function (adrenal glands secrete cortisol) can cause nausea, fatigue, jitteriness, and headache, which makes eating a very low priority.  However, you need to eat anyway!  Those symptoms of low adrenal function will pass after a week or so of following a healthy breakfast routine.

You don’t need to eat anything big, a small snack with protein and fiber will be enough to get your body going and to convince it you are not starving. Not eating will force the body into self-preservation mode, which slows everything down, including hormone production.

To best avoid hypoglycemia and keep a balanced sugar level, eat small meals and snacks throughout the day.  Every two hours would be a good interval.  Allowing the blood sugar to drop too low can cause the above symptoms, and so can eating too many simple sugars, which make the insulin levels fluctuate at extremes.  While soda, caffeine, or candy can give you a quick energy fix, the crash is rapid and creates sluggishness that is hard to overcome.

The glycemic index is the best way to treat hypoglycemia.  It’s not an easy process to determine the GI of each food, so it would be advisable to search and find a list of low and medium GI foods to shop for.

The GI is a complex measurement that shows how fast a carbohydrate can elevate the blood sugar.  The lower the GI, the slower the absorption rate and the less likely the food will cause a severe drop in blood sugar.  The glycemic index is especially good for those with type 2 diabetes, or those at risk of developing diabetes.  This is only good for type 2, however.  Those with type 1 must always depend on insulin injections and will not benefit as much from a low GI diet.

The most important thing to remember, whether you are moving to a low GI diet or not, is to always read the labels!

Don’t be fooled by clever marketing ploys. Look for the types of sugars that are listed.  Fructose is okay, but sucrose and lactose are ridiculously high GI.  Other names for sucrose include just regular “sugar,” “turbinado,” and “cane juice.”  Artificial sweeteners like Truvia or Splenda are good, but avoid aspartame.  Bottom line, if you do not know the ingredient, avoid it. 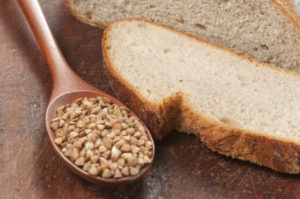 Additionally, ingredients such as “bleached flour,” “wheat flour,” “enriched flour,” “white flour,” and “white wheat flour” are extremely high GI, so they should be avoided. Lower GI would be “whole wheat flour” and “whole grain flour” but they are still higher than you want, so intake should be limited.  If you must have high-index foods like bagels or pizza, add high-fiber vegetables or unpeeled fruit to complete the balance of the meal.

There are some manufacturers who have produced low-GI baked goods, which is okay to eat in moderation, but don’t get carried away.

Look for “whole grain” or “whole wheat” on those labels, and go for 1-2 grams of sugar or less per serving.  Keep in mind that gluten-containing foods will raise your sugar exponentially, so I generally ask my patients to abstain from gluten-containing foods and wheat products for at least two to four weeks.  If you think that your sugar problems could be a result of food sensitivities, try the Elimination Diet, which will take about a month to complete.  You can find more information about this diet on my website and in my books.