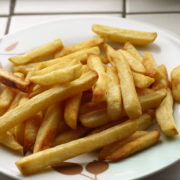 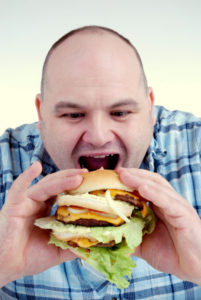 When compared to a normal and healthy diet, those diets which are high in sugar or high in fat both cause changes to your gut bacteria according to an Oregon State University study. When these gut bacteria change it impacts your brain’s cognitive flexibility. The study showed that diets which are high in sugar had the most serious implications, impacting both long-term and short-term memory.

Brain fog or fibro fog, poor memory, word and name recall is a common complaint for many with fibromyalgia. Poor sleep, chronic stress, certain medications, low thyroid, and deficient brain chemicals can all contribute to poor mental clarity or fibro fog. Now a new study shows that diet may play a role as well.

According to previously conducted research, which had similar findings regarding the impact of sugar and fat on behavior and cognitive function, these problems may be related to the microbiome. Consisting of roughly 100 trillion microorganisms, the microbiome is the complex mixture that regulates digestive function.

In laboratory research, a group of mice was divided up and given two separate diets. They were then given a variety of tests to monitor any changes to their physical or mental abilities. They also looked for any other impacts from the bacterial changes.

According to Kathy Magnusson, a professor at the OSU College of Veterinary Medicine and primary investigator with the Linus Pauling Institute it is clear that our microbiota can communicate with our brains. Her research has been published in Neuroscience.

This research shows that neurotransmitters sent from bacteria stimulate the immune system or the sensory nerves in our brains. We are not yet sure what messages are being sent from the immune system to our brain, but by following the pathways and monitoring the effects science may soon be able to answer this question.

In research studies related to aging, obesity, spatial memory, and other skills mice have proven to be a good model for studies which are relevant to humans. After just 30 days on a high-sugar or a high-fat diet both the mental and cognitive functions of mice began to decline when compared to those on a healthy diet. One of the most significant changes was to cognitive flexibility.

Young mice were used in the initial research. As we age, our bodies are less able to fight off the pathological influences caused by microbiota. Magnusson and other scientists speculate that the findings would have been more pronounced in animals that were either older or had damaged intestinal systems. 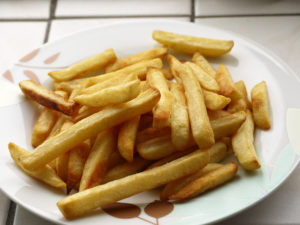 Foods that comprise the “Western diet,” those that are high in sugar, high in fat, and contain large amounts of complex carbohydrates and GMO’s have been linked to fibromyalgia, Alzheimer’s, diabetes, and obesity-related diseases.

The medical community has long known that too much fat and too much sugar are bad news for your health. What these studies are showing us is that these foods are also altering the healthy bacteria in our bodies. Even beneficial bacteria become dangerous if their numbers build up too great.

It is not just the food we eat that cause cognitive damage. The damage is more caused by the interaction between the food and microbial changes. This is why, when a patient is experiencing a cognitive delay, they first treatment options should involve dietary changes. By removing patients from a diet that lacks nutritional requirements, the bodies functions can be encouraged to work properly.

Restoring the balance of bacteria, specifically microbiota which form a symbiotic relationship throughout our bodies, is the first and most important step towards fighting the cognitive decline which comes from many diseases.

After the bacterial balance is restored, maintaining a proper diet can keep cognitive and digestive systems running. It is by no means a quick fix. Though some fibromyalgia symptoms will subside quickly after changes to your diet are made, the diet must be maintained in order to avoid a sudden resurgence of symptoms.

In addition to diet, there are a variety of supplements which relieve many of the symptoms related to fibromyalgia. These treatments can positively influence pain, cognitive decline, fatigue, spasms, insomnia, stiffness, tightness, and more.

I encourage to learn more about these supplements and the elimination diet I use for my fibromyalgia patients. To do so please get a copy of  my book Treating and Beating Fibromyalgia and Chronic Fatigue Syndrome www.getfibrobooks.com