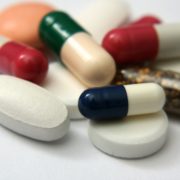 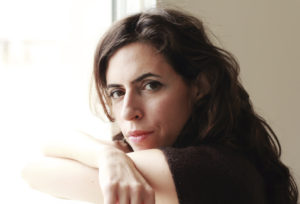 With fibromyalgia there are so many symptoms that if you try to cover up each of the symptoms with a different prescription medication, you run the risk that of creating more symptoms because of the side effects of the medications. A drug t put you to sleep. A drug to wake you up, a drug to speed you up, a drug to calm you down-drugs for pain, depression, and then drugs for the drug side effects. It just never ends. You can’t drug your way out of fibromyalgia. There are to many symptoms to cover up.

And just as bad, are doctors who don’t understand fibromyalgia.

If you encounter a doctor that tells you that you need to get more sleep or you need to exercise, well you would love to exercise … many of my patients relate that that’s one thing they miss the most. Before they came down with fibromyalgia or chronic fatigue syndrome, they used to very active. Some of them were top athletes before all this happened. It’s one of the saddest things that now not only can they not exercise, but for them it’s a herculean chore just to walk down the driveway some days and retrieve their mail.

For many, they’re even given up going to the grocery store. They’ve given up on doing any kind of physical exertion because they’re concerned that if they overdo it, they’re going to pay for it. That’s what happens a lot of times with fibromyalgia because you’ve bankrupted your stress coping chemicals, stress is magnified and when you over do, it, you don’t have the stamina – whether that’s stamina for physical stress, going out and shopping all day or going to the grocery store, or walking around the block even. It’s also mental stress as well; forget doing your checkbook, but even stimulation or any kinds of stressor like changes in the weather; traffic jams, loud noises, sound, light … all those things are stressors.

When you have depleted your stress coping chemicals, it’s magnified. Unfortunately while exercise is a really healthy thing, it’s still a stress. It’s a good stress because for people who don’t have fibromyalgia, it’s an incredible healthy thing to do. But if you’ve bankrupted your stress coping chemicals, then you can’t handle any additional stress. That’s one of the things you’ve got to fix. If you have adrenal fatigue, your stress coping glands are not working to release cortisol and DHEA, you’re going to find that stress is so magnified that we have little to no resistance to it. If you overdo it, you crash. 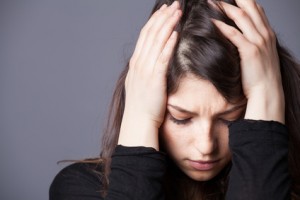 Some doctor’s will tell you to exercise more, and they don’t have a clue what that patient is going through.

They don’t realize that for many patients with fibromyalgia, it was like running a marathon just to get up, to put their makeup on, get dressed, get in the car and oftentimes be driven in the car to go see the doctor, wait in the waiting room and have all the stress that goes with that, and then to meet with the doctor knowing that this doctor may be like every other doctor who may dismiss them as being hypochondriac … that’s an incredibly difficult thing to do. For that doctor to tell them you just need to exercise more-that shows me they don’t have a clue. It’s just a doctor that is very, very ignorant.

Many doctors will say you just need to lose weight; some patients that I work with are carrying over 100 extra pounds.  Part of the reason that is, is because they have a problem with their thyroid that’s never been corrected. It’s never been found because doctors are not doing the right testing.

They’ll look at that patient and come to the erroneous conclusion that “You overeat, you don’t take care of yourself and because you’ve got all this extra weight, that’s your problem.” What they don’t realize is this extra weight is not the problem. It’s a byproduct of the problem, but the problem is that the patient’s metabolic system broke down years ago. Because of that, it doesn’t matter what they eat or don’t eat, they’re going to gain weight. 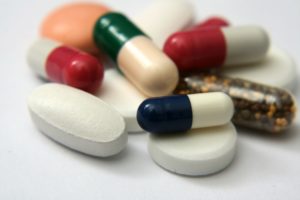 Compound that with the problem that many patients are taking medications that actually increase weight gain, including Lyrica, Gabapentin, Pregablin, Neurontin, Seraquil, benzodiazepines, certain antidepressants.

For a doctor to look at a patient and say this person is just overweight and this is why they hurt or have fibro, they don’t have a clue what they’re talking about. It’s not that their problem is that they are overweight, it’s the other way around. They are overweight because of their problem a low metabolism brought on by depleted stress coping chemicals and a stressed out broken down hypothalamus gland.

It’s like a doctor saying you’re depressed, so all you need is some Celexa, Savella,Cymbalta, Prozac or Paxil and you’re going to feel better. That’s a stupid doctor because what they don’t realize is, fibromyalgia is not brought on by depression. Depression is brought on by fibromyalgia.

You Can Listen To The Entire Teleconference Below:

Discover what I’ve learned from treating thousands of fibromyalgia patients over the last 18 years.