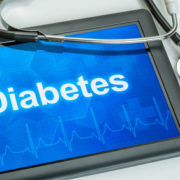 Many of my patients are struggling not only with fibromyalgia but elevated blood sugar levels. Some are pre-diabetic, others are full blown type II diabetics. 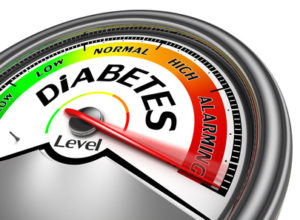 Your pancreas makes a hormone called insulin. It’s what lets your cells turn glucose from the food you eat into energy. People with type 2 diabetes make insulin, but their cells don’t use it as well as they should. Doctors call this insulin resistance.

Glycated hemoglobin (A1C) test. This blood test indicates your average blood sugar level for the past two to three months. It measures the percentage of blood sugar attached to hemoglobin, the oxygen-carrying protein in red blood cells. The higher your blood sugar levels, the more hemoglobin you’ll have with sugar attached. An A1C level of 6.5 percent or higher on two separate tests indicates you have diabetes. A result between 5.7 and 6.4 percent is considered pre-diabetes, which indicates a high risk of developing diabetes. Normal levels are below 5.7 percent.

As many of you know I’m not a fan of cholesterol lowering drugs as they can contribute to the symptoms seen in fibromyalgia. The potential side effects of cholesterol drugs include achy muscle pain, fatigue, low moods, tingling in the hands and feet, and fibro fog, among others.

However for those with tendencies towards or full blown diabetes, cholesterol drugs may make matters even worse. 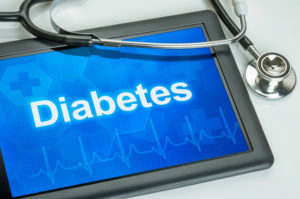 A study, which tracked individuals over the course of six years, determined that using cholesterol lowering drugs (otherwise known as statins) as a primary method of preventing cardiovascular disease puts individuals at an increased risk for developing diabetes and other complications. The study also showed that those on statins were more likely to be obese or overweight.

It was remarked in this publication that this study is among the first to show the correlation between diabetes and statins in individuals that are otherwise healthy. Previously conducted studies showed a connection between statin use and diabetes, but only in individuals who already had a greater medical risk.

The exact risk cannot be accurately measured at this point because of missing information relating to cardiovascular parameters is not yet complete. Further research must be conducted in order to assess the risk over longer and shorter periods of use.

The use of statins is not beneficial for everyone and their use needs to be minimal in the medical community. Women, for example, are at a lower risk of getting cardiovascular disease than men are and can be put on heart-friendly diets in lieu of medications like statins. 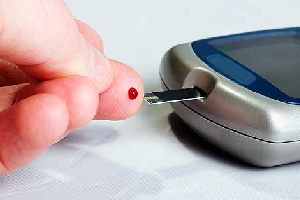 Doctors who regularly prescribe statins maintain that the benefits far outweigh the risks involved, especially when it comes to second level prevention. The long-term effects of using statins as a primary prevention method have not been thoroughly studied.

Between October 1, 2003, and March 1, 2012, a group of individuals were divided into those who used statins (primarily as Simvastatin) and those who did not. All individuals who had diabetes, cardiovascular disease, or a life-limiting chronic condition were excluded from the study. Using a checklist of 42 baseline characteristics, researchers were able to generate a balance of statin and non-statin users.

Approximately 14% of the total patients developed diabetes, which is along the National Average. The part that was not average was the amount of statins users who had to make more visits to the doctor’s office for medical issues. After compounding the data, the researchers determined that those patients taking statins had an 85% higher risk of developing diabetes. They also had twice the risk of developing complications from diabetes and an increased risk of obesity when compared to non-statin users.

The higher the intensity of a patient’s statin therapy, the higher their risk of developing one of the three conditions listed above. This is evidence of a dose-response relationship between statins and the patient.

The Risk of Diabetic Complications

From the studies conducted, we know that statin users have a “very high risk” of developing complications from diabetes. This has not been shown in any previous studies.

The findings of these studies will need to be confirmed through more research and more studies, especially because of the implications this kind of research holds for the medical community. Imagine, pharmaceutical companies voluntarily removing their products from the shelves!

Using statins, especially for decades at a time, is not the primary method doctors should be using. If statins are to be prescribed, it should only be done on a limited basis with carefully selected patients on a short-term basis and not as a quick-fix for all.

When we research the effects of statins, we need to also look at how this medications impacts patients with multiple symptoms and multiple diseases. The risks from using statins should be part of the conversation between doctor and patient before the first pill is given.

For more information about the dangers of cholesterol lowering drugs make sure to read my past blog on the Medical Myths of Heart Disease.

Beating Fibromyalgia – Sally Shares Her Story from Hopeless to Happy and...
Scroll to top