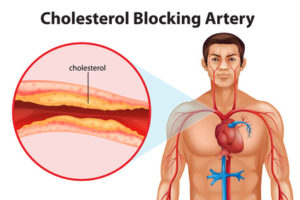 Illustration showing the process of ateriosclerosis

For over 40 years, medical myths have been the basis for cardiovascular disease prevention and treatment. Despite current treatment options and a highly-spirited campaign by the American Heart Association, one person still dies from this disease every 33 seconds.

The usual recommendations of taking lipids, reducing cholesterol, and reducing saturated fat are a direct result of the outdated mode of thinking. Research indicates that these methods may increase the risk of heart attacks, depression, stroke, premature death, congestive heart failure, dementia, and suicide attempts in the patients.

Myth #1: Cholesterol is the Primary Cause of Heart Disease

Despite what the general population and most of the medical community have been led to believe, 40% of individuals who have a heart attack will have normal cholesterol levels. This idea was explored in 1994 by the Lancet, a well respected medical journal. They reported that most individuals who have coronary artery disease actually have normal cholesterol levels.

Our ever important brain matter is 8% cholesterol. When you remove cholesterol from the brain, it loses function. Cholesterol is necessary for vitamin D and other life-sustaining hormones to develop and keep your body healthy.

People with low cholesterol are more likely to have depression as a result of misfiring nerve synapses and may experience fatigue and neurological disorders. 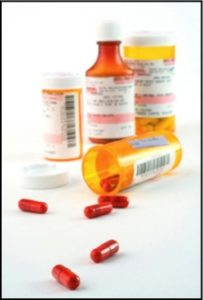 Once again we must take a look at pharmaceutical companies for the source of this myth. For over twenty years, statins have been shoved down the throat of the American population. Lipitor alone is given to nearly 30 million patients. This accounts for nearly $20 Billion a year in sales. No wonder they want you on their medications.

Statins may lower cholesterol levels and may increase your risk of dying from a heart attack if you have previously had a heart attack, but their level of significance is unimpressive to say the least. In one experiment performed by CARE, it was determined that the odds of surviving a heart attack only went up by 1.1 % while taking statins. Hardly the coup de gras the statin manufacturers would have you believe, especially when you consider the increased risk of congenital heart failure which is associated with statins.

As a nation, our risk of heart attack has declined, slightly, since statin use has risen. However, the rate of Congestive Heart Failure (CHF) has nearly doubled. This is hardly a coincidence. Consider the known side-effects which come from taking statins, nerve damage, muscle pain, muscle weakness, and rhabdomyolysis.

Rhabdomyolysis is a fatal disorder that causes your muscles to waste away. The statin, Baycol, was pulled from the shelves after it caused 31 rhabdomyolysis related deaths.

Over 1,000 studies have shown the effectiveness of certain supplements in treating high blood pressure. Thousands of other studies highlight the benefits of using supplements to treat diabetes, heart disease, fibromyalgia, digestive disorders and countless other conditions.

Heart disease is endemic to this nation. Finally, the medical community is starting to catch up. A study published several years ago by the American Heart Association showed that patients taking at least 1,000mg of fish oil daily reduced their risk of developing heart disease by 41%. It was further shown that those taking CoQ10’s had a higher reversal of congestive heart failure than those who were taking traditional medications.

Instead of relying on statins to treat heart disease, relax. Stress is a killer, so please, do yourself a favor and stop panicking about your cholesterol levels. You will do far more good by eating free-range meat and poultry and choosing veggies.

Myth #4: Angiograms Are Accurate and Safe

For those who have never had one, an angiogram is a test which determines if someone needs heart surgery. These tests, which are given to one million people every year, use a tiny camera to observe blockages in the arteries. This sounds great, in theory, but a study demonstrated that the angiogram was inaccurate.

Patients who had a heavy blockage were shown by the angiogram to have high blood flow. The inverse is also true, as patients with minimal blockages showed a reduced blood flow. It was concluded by the authors of the study that the angiogram was unreliable as a diagnostic tool. 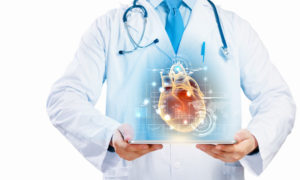 The two most common forms of heart surgery, angioplasty and coronary bypass, have never been subjected to double-blind studies versus a placebo. According to the National Institute of Health (NIH) roughly 90% of patients who have undergone a bypass have no long-term benefits. This is backed by a Swedish research study which linked bypass surgery to brain damage and strokes in 12% of patients. Those who did not elect to receive the surgery generally live longer than those who opt to have it done.

If we are ever going to stop heart disease, we must stop relying on the myths we cling to and explore better ways. We must discover all natural options to treat the disease which impact the lives of millions.

For more information on the dangers of cholesterol lowering drugs I encourage you to read my past blog: Fibromyalgia and Dangers of Cholesterol Drugs

Fibromyalgia: Tips For Getting Better Sleep

Fibromyalgia Patients Should Reconsider Cholesterol Drugs, Especially If They...
Scroll to top