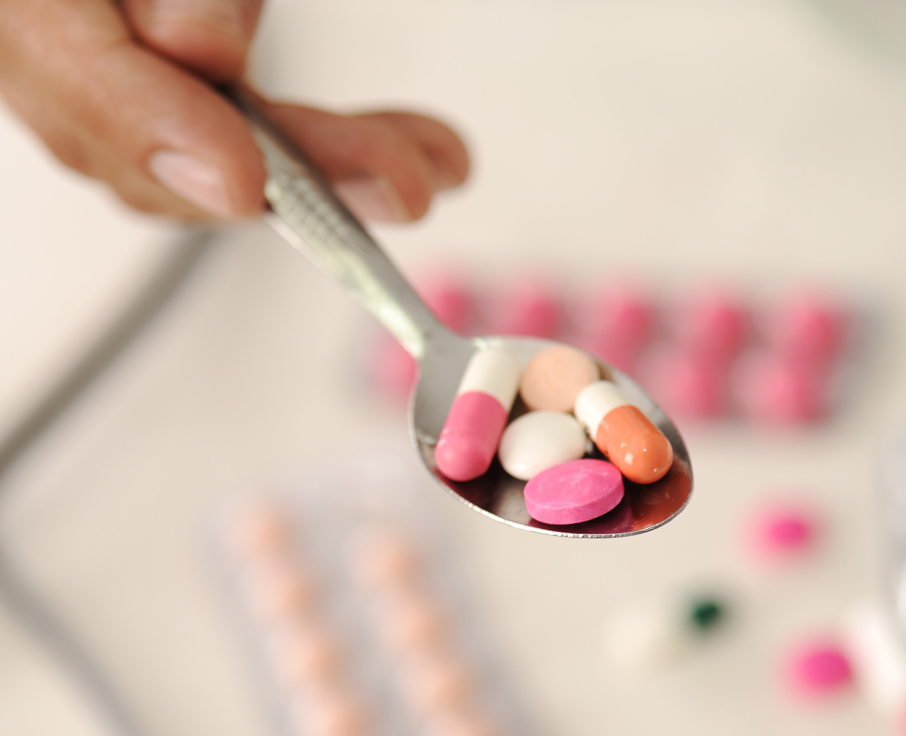 In 2017, there were more than 72,000 overdose deaths in the United States, including 49,068 that involved an opioid, according to the Centers For Disease Control (CDC). More than 130 people died every day from opioid-related drug overdoses in 2016 and 2017, according to the US Department of Health & Human Services (HHS).

Yes you read that correctly, 130 people died every day from overdosing on, both legal and illegal, opiods!

The number of opioid prescriptions dispensed by doctors steadily increased from 112 million prescriptions in 1992 to a peak of 282 million in 2012, according to the market research firm IMS Health. In 2015, Americans consumed almost 99.7% of the world’s hydrocodone.

The number of prescriptions dispensed has since declined, falling to 236 million in 2016.

Opioids are a broad group of pain-relieving drugs that work by interacting with opioid receptors in your cells. Opioids like morphine (Kadian, Ms Contin, others) can be made from the poppy plant commonly grown in Asia, Central America and South America. Or they can be like fentanyl (Actiq, Duragesic, others) synthesized in a laboratory.

Opioids bind to receptors in the brain and spinal cord, disrupting pain signals. They also activate the reward areas of the brain by releasing the hormone dopamine, creating a feeling of euphoria or a “high.”

Heroin is an illegal drug synthesized from morphine.

Fentanyl is a totally synthetic opioid, originally developed as a powerful anesthetic for surgery. It is also administered to alleviate severe pain associated with terminal illnesses like cancer. The drug is up to 100 times more powerful than morphine. Just a small dose can be deadly.

Methadone is another fully synthetic opioid. It is commonly dispensed to recovering heroin addicts to relieve the symptoms of withdrawal.

People who become dependent on opioids may experience withdrawal symptoms when they stop taking the pills. Dependence is often coupled with tolerance, meaning that opioid users need to take increasingly larger doses of the medication for the same effect.

A drug called naloxone, available as an injection or a nasal spray, is used as a treatment for overdoses. It blocks or reverses the effects of opioids and is often carried by first responders.

A Crisis In The Making 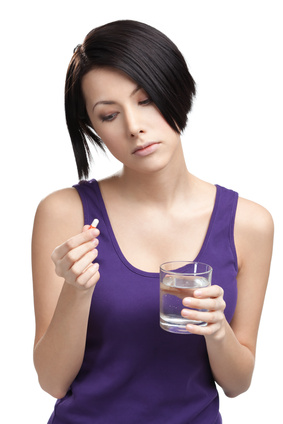 Morphine was routinely used during the Civil War. Many soldiers become dependent on morphine after the war.

In 1898 The Bayer Company produces heroin. Heroin was believed to be less habit-forming than morphine, so it was dispensed to individuals who were addicted to morphine.

In 1995 OxyContin, a long acting version of oxycodone, which slowly releases the drug over 12 hours, is introduced and aggressively marketed as a safer pain pill by manufacturer, Purdue Pharma.

In 2007 The federal government brings criminal charges against Purdue Pharma for misleadingly advertising OxyContin as safer and less addictive than other opioids. The company and three executives are charged with “misleading and defrauding physicians and consumers.” Purdue Pharma and the executives plead guilty, agreeing to pay a $634.5 million in criminal and civil fines. The three executives plead guilty on criminal misdemeanor charges and are later sentenced to probation.

In 2010 the FDA approves an “abuse-deterrent” formulation of OxyContin, to help curb abuse. However, the abuse continues.

In 2016 the CDC publishes guidelines for prescribing opioids for patients with chronic pain. Recommendations include prescribing over-the-counter pain relievers like acetaminophen and ibuprofen in lieu of opioids.

The Journal of the American Medical Association published a study that found synthetic opioids like fentanyl caused almost 46% of all opioid deaths in 2016. That’s a three-fold increase compared with 2010, when synthetic opioids were involved in about 14% of opioid overdose deaths.

(from the CDC, the Agency for Healthcare Research and Quality, and the United States (US) Department of Health and Human Services)

I’m not anti drug, or anti pain meds, not at all. Pain meds for those who need them can be very helpful. Unfortunately patients build up a tolerance and pain meds eventually lose their effectiveness-more and more is needed, creating dependence, with diminishing relief from pain. Long term can create havoc to the body, creating damaged cells and systems that may never recover. And as the statistics point out-as stronger meds are added, risk of potentially fatal side effects become a real possibility.

Physicians need to do a better job at educating their patients from the very beginning on how to use natural alternatives to manage pain when appropriate. Natural approaches, plant based supplements, acupuncture, chiropractic, PT, exercise, and massage.

Try the natural approaches first, and then if needed as a last resort use pain meds.

Chronic pain can be life draining, but so too can long term use of pain meds. Physicians and consumers should look for other options, besides pain meds alone.

I recommend numerous pain reducing protocols in my book Treating and Beating Fibromyalgia. This includes restoring deep restorative sleep, using high doses but the right doses and combinations of vitamins, minerals, amino acids, and essential fatty acids to provide the needed nutrients the body needs self regulating, pain, energy, moods, and more. Changes in diet are needed, balancing and optimizing neurotransmitters, as well as restoring optimal adrenal function-are all part of fixing the underlying causes of fibromyalgia pain. Learn more at www.getfibrobooks.com

I’ve helped thousands of patients dramatically reduce their pain, get healthy and feel good again. I always recommended trying to fix the underlying causes of symptoms, including pain, instead of simply covering up the symptoms.

Balancing the endocannabiod system (ECS), and raising the body’s pain threshold with natural plant based chemicals like CBD is an ideal option.

CBD may help reduce or eliminate the need for opiods. 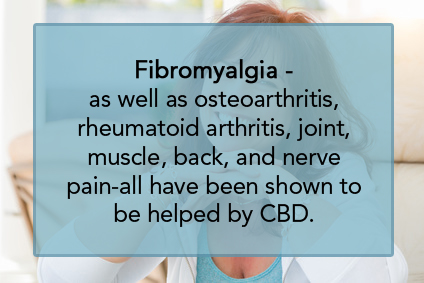 For all the many reasons people use CBD, pain relief is number one. Given today’s opiate crisis, CBD is especially a welcomed alternative therapy for chronic pain. Prescriptions for opiates have increased 400% percent over the last decade. Each day over one hundred Americans die from prescription narcotics.

Studies show cannabinoids can reduce the amount of opioids needed, thus reducing potentially build up, tolerance and potential side effects. At least ten different studies have shown CBD to be helpful for neuropathic or nerve pain.

Fibromyalgia has been linked to central sensitization. Central, in this context, refers to the central nervous system, which comprises the brain and nerves of the spinal cord. This system regulates how your body responds to signals from the rest of the body.

Sensitization is a gradual change in how your body reacts to a particular substance or stimuli.

In central sensitization, the entire central nervous system becomes sensitized to certain stimuli. Central sensitization is considered by many experts to be a key mechanism behind fibromyalgia and chronic fatigue syndrome. It helps explain many of the symptoms of these illnesses, including the way the body and brain amplify pain signals.

A 2017 paper published in Expert Opinion on Therapeutic Targets suggested CBD as a possible way to diminish the activity of brain cells called glia, which leads to central sensitization. That’s a major feature of fibromyalgia and other central sensitivity syndromes such as chronic fatigue syndrome, irritable bowel syndrome, and migraine.

Will CBD help reduce your pain? I don’t know. It has for many. If you’re struggling with chronic pain I recommend you experiment with CBD and see for your self. 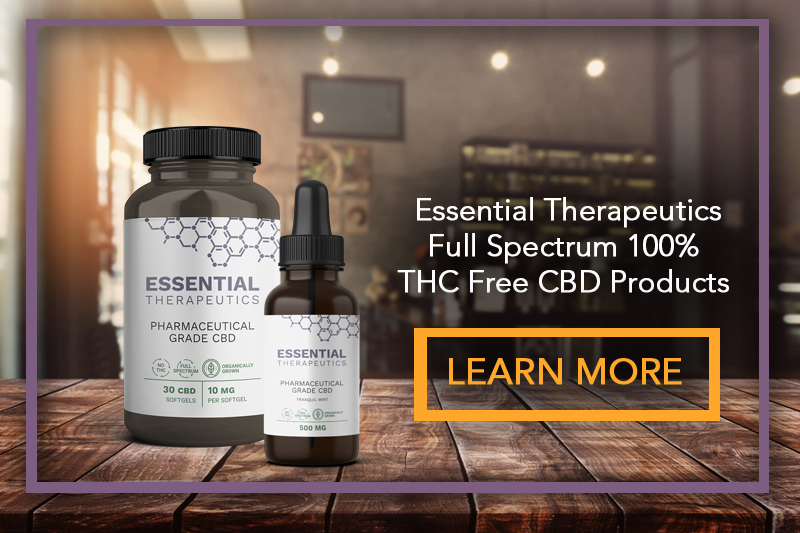 She Said I wasn’t a REAL Doctor …

Mystery Symptom Summit: You CAN Overcome Fibromyalgia!
Scroll to top