In spite of the fact that over 2 million are infected and over 136,000 have died worldwide (over 28,000 in the U.S.) from COVID-19 there are some, including friends and colleagues who are questioning the stay at home quarantine. And some, even question the severity of the SARS corona virus-2 (SARS Cov-2).

Are we overreacting? Some are calling COVID-19 pandemic a “hoax.”

Statistics are shared showing how the flu annually kills more people than COVID-19. And that we are making a big deal out of virus that is no worse than the flu.

Yes it is true the flu does cause a large number of deaths each year. 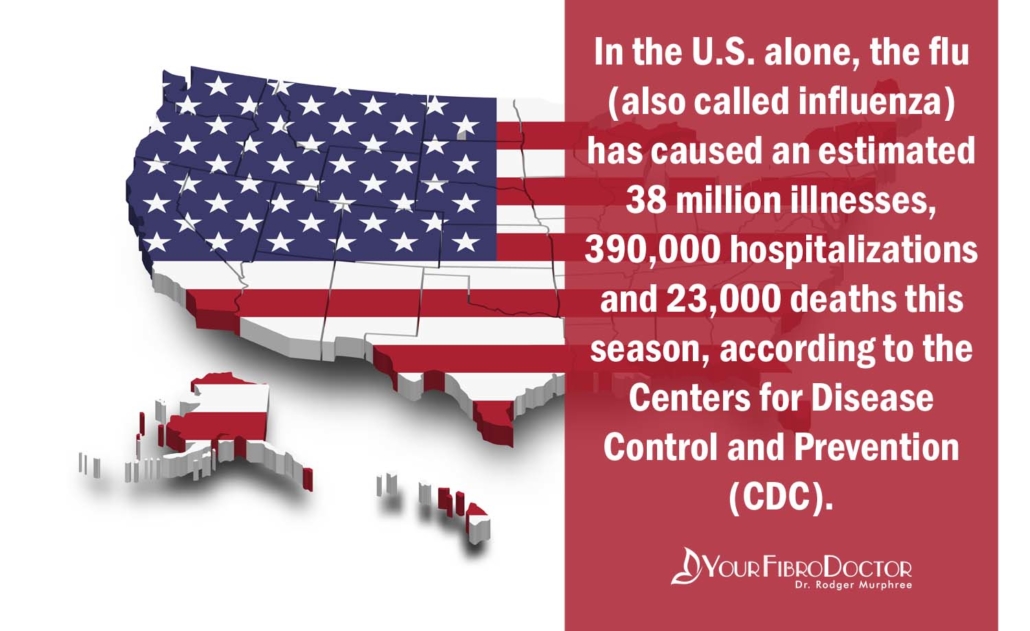 So, is the SARS CoV-2 worse than the yearly flu?

Looking at the numbers only, it would be easy to dismiss COVID-19.

Its understandable to ignore the COVID-19 news stories coming from New York or LA, especially if you live in a city and state with few cases, far removed from these U.S. epicenters, like Birmingham AL, where I live.

An Update On My Friends And Family With COVID-19

“I Thought I Was Dying”

A few days ago I shared an email about a friend and neighbor who was hospitalized for COVID-19. Yesterday I had a chance to interview his wife, Dottie, who also became ill with the Virus.

They believe that Steve contracted the Virus, after seeing some emergency patients in his dental practice. He started feeling ill on Wendsday. He had a mild fever, achy pain, and fatigue. He sought the advice of another one of our neighbors and friends, an internist who recommended he take Tyelonol and rest. Since his symptoms weren’t dramatic, Stuart advised against getting tested.

Steve felt really awful (like a really severe case of flu) and was bedridden until late Friday. Late Saturday afternoon he rallied and was able to get out of bed and “putter” around the house and even go outside for short periods. He and Dottie thought he’d beaten the Virus.

On Monday Dottie began feeling like “death.” She couldn’t get out of bed, had a high fever, some chest pain, upset stomach, diarrhea, dizziness, and had lost her sense of smell and taste.

Since Dottie has high blood pressure she was green lighted to get tested and so was Steve. They both tested positive but wouldn’t get the results back for several days.

On Tuesday Steve took a turn for the worse. He began having a dry cough and chest pain. His breathing was fine but once again he couldn’t get out of bed.

On Thursday, Steve who runs, plays sports with his kids, and is incredibly fit, began having such intense chest pains (Dottie described them like either the beginning of a heart attack or the most intense heartburn ever) and extreme fatigue.

Dottie called an ambulance. At the ER Dottie said she wasn’t allowed in, instead escorted by waiting attendants dressed in protective gear. The ER room was empty.

Steve was quickly taken back to an inner room just for COVID-19 suspected cases.

Steve waited for what seemed like hours, alone in a quarantined room where he says he felt like he was dying. “The burning pain in his chest and severe fatigue were excruciating.”

For the next four days Dottie could Face time Steve, when he was awake, but couldn’t visit him. No visitors are allowed in the COVID-19 section of the hospital.

Steve was placed on oxygen and given an antibiotic for what they thought was a secondary bacterial pneumonia infection. He wasn’t given any antivirals or hydroxychloroquine.

Meanwhile Dottie was quarantined at home where she was bedridden with such intense fatigue and all over pain she says she would lay in bed for hours at a time, in too much pain to sleep, read or watch TV. She says on a scale of 1-10 from least to most sickest, she was a solid 7. Steve was a 10!

On Friday her fever broke and on Saturday she was better. She says “something told me I was going to be ok. I wasn’t going to continue to get sicker and sicker like Steve did.”

Steve was discharged on Sunday, four days after being admitted. Both are still struggling with pain and draining fatigue. Dottie has not regained her sense of smell or taste.

Unfortunately, Stuart and his wife who is also a doctor, came down with COVID-19 last week. They don’t think it came from patients but from their son returning home from India who had traveled through Barcelona. All three seem to be doing fine so far.

My sister and her husband, both trapped in Peru, were able to fly home 2 and a half weeks ago. Both developed COVID-19, and were very sick. Neither needed professional care and both are now doing just fine. Tired and achy but fine.

The overwhelming majority who become infected don’t have symptoms or if they do like my sister and brother in law, are able overcome them without medical assistance.

However for severe cases, the Virus can be deadly.

The randomness of how the Virus severely attacks some and not others is perplexing, and a bit frightening.

When I’m chatting or texting with doctors and nurses, overseas and here in the U.S., who are sharing their personal experiences from hospitals in hard hit areas, it becomes clear, this is real, this is serious and it is NOT like the flu!!

You don’t hear doctors talking about how quickly someone can go from minor symptoms and stabilized, to being on their deathbed hooked to a ventilator fighting to breath. 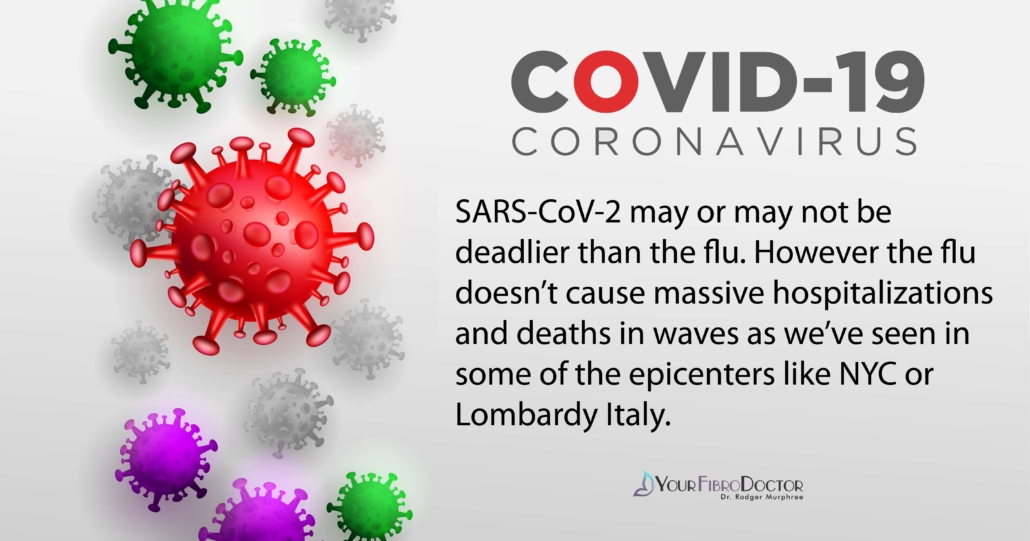 On an average day in New York City, about 145 people die from various causes.

The first five days of April saw 1,000 people die of the coronavirus alone in New York City. That’s more than 208 per day, which is far higher than the normal per-day deaths there from all causes combined. People are also dying from heart attacks, violence, and other causes even amid the pandemic, so a lot of these deaths come on top of what we would have gotten otherwise.

In a typical season, 1,500 people a week are admitted to NYC hospitals for the flu. Over the last month, these same hospitals are sometimes seeing over 1,500 COVID-19 cases admitted a day.

Our healthcare system isn’t set up to handle COVID-19 and it is creating fear in frustration in hospitals around the world.  You don’t hear of doctors complaining about not having personal protective gear during the flu season. An you don’t hear about doctors and nurses being afraid of the flu.

COVID-19 can be deadly, even for health professionals-over 100 doctors and nurses have died worldwide. There at least 27 U.S. healthcare workers, including doctors who have died from the Virus.

You don’t hear about doctors dying of the flu.

SARS-CoV-2 knows no boundaries. It is an equal opportunity bug that has spread to EVERY corner of the world.

This doesn’t mean you should be scared. Don’t be!

Be aware. Be safe. Get healthy. 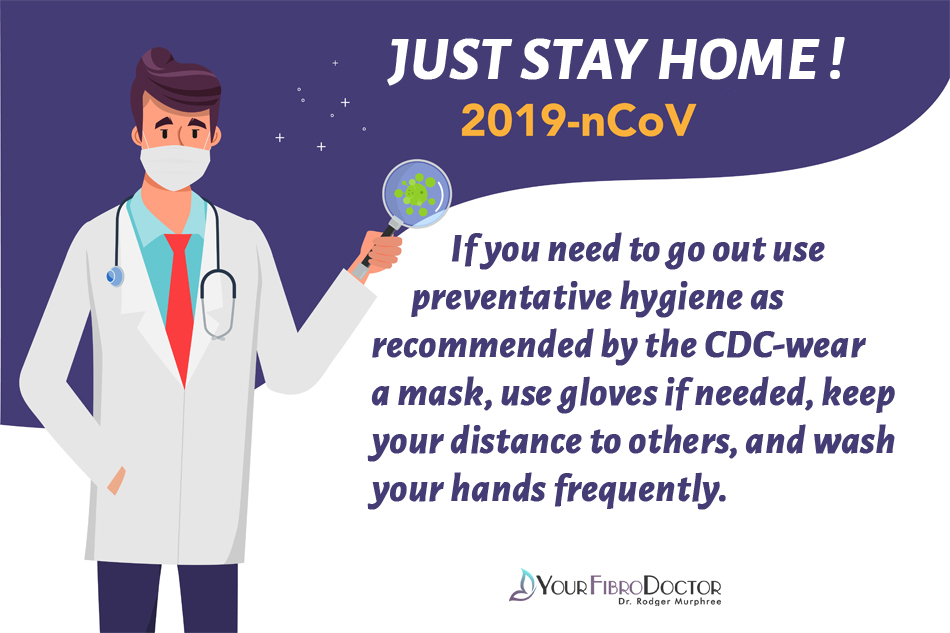 Your best defense is to get healthy. I’m recommending my patients take steps to boost their immune system.

If you’re struggling with fibromyalgia please make time to watch the videos at  YourFibroStore.com – click on videos at the top of the page. These 4 videos explain the Jump Start Protocols. Use these protocols to begin to get healthy. –> CLICK HERE TO ACCESS

And join me each week to lean more and to get your questions answered.

Here is the replay from last night’s Fibromyalgia Facebook Live Q&A Where I presented information about COVID-19:

And Every Wednesday Night 6pm CDT for Live Q&A

You should continue to practice social distancing and if possible limit exposure to others when returning to regular daily activities.

For those who need to boost their immune system I’m recommending these preventative supplements to my patients. 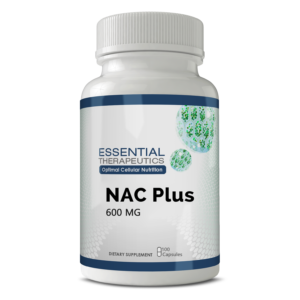